The BCX sprinter won the 110km race in the final metres when he passed Dimension Data’s Kent Main and stopped the clock at 2:33:23. RoadCover’s Bradley Potgieter finished third.

The year’s event saw slight changes to the route, and, as a result, it ended with the monstrous Hekpoort climb just before the finish. 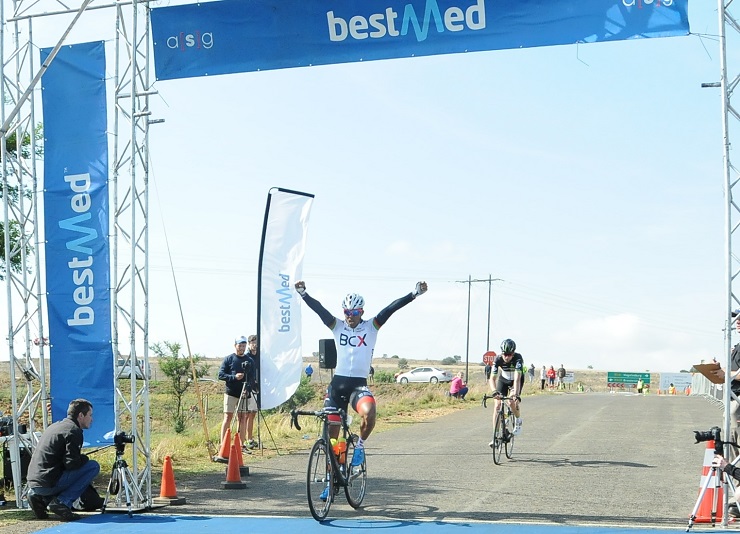 He admitted he did not think he would be able to contest for the title, but his mindset changed when he and teammate David Maree joined five other riders – Bradley Potgieter (RoadCover), Ryan Harris (RoadCover), Luthando Kaka (Rand Water-Transnet), Jaco van Dyk (Cycling Box) and Chris Jooste – in a breakaway that formed within the first 20km.

“We worked well together and at some points we had four minutes on the group, and that’s when my plans changed.”

With about 10km to go, they reached the base of the decisive Hekpoort climb with a slight gap on the peloton. Harris and Van Dyk soon lost touch while Maree helped Hoffman all the way to the top to keep him within 10 seconds of the leaders.

Meanwhile, Main was once again able to display his skill on the climbs when he bridged over to the leaders shortly after they crested the climb, leaving a group of six to fight it out for the victory.

Main made his move 700m from the finish, but with one last assist from Maree, Hoffman was able to close him down and sprint with him to the finish.

“I’m pretty happy to win a race like this, with tough, windy conditions. It’s pretty cool,” said the 32-year-old from Ruimsig, who won once previously.

“It’s confirmation that sometimes you can outsmart the climbers. We made sure we had a big enough gap at the base so that they wouldn’t catch us and it worked out perfectly.”

In the women’s race, Demacon’s Carla Oberholzer took her first Satellite Championship title in 3:07:07 after getting the better of former Olympian Joanna van de Winkel and Yzette Oelofse. 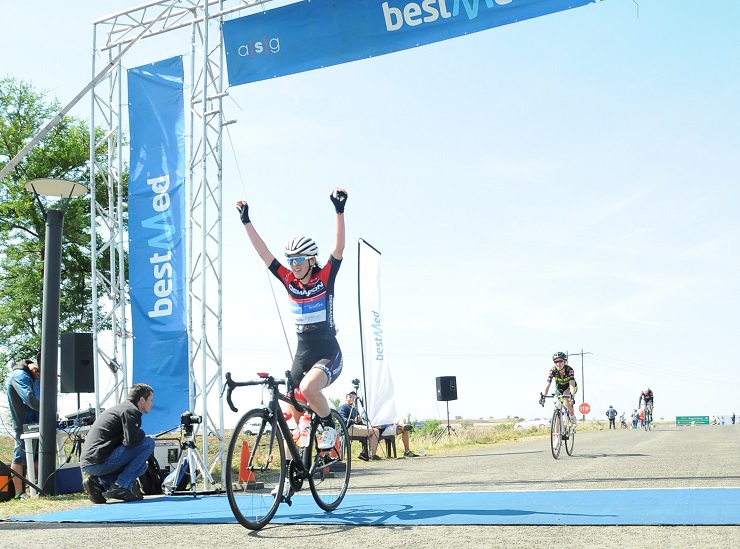 The three were part of a breakaway that formed 30km in and it was Van de Winkel who led the charge up Hekpoort, leaving both her rivals behind.

“Jo made the pace really hard and I was the first to drop off, before Yzette did too,” said the 30-year-old Oberholzer, who won the Jock Tour last month.

She put the hammer down and was able to reel Oelofse in before the top and from there they worked together to bring Van de Winkel back with 2km to go.

Oberholzer, who won the Cycle4Cansa race in a sprint, said she knew she had to reach the final corner first to stand a chance of repeating her success.

“My teammates were absolutely amazing today. They did a phenomenal job protecting me and keeping me out of the wind so I’m really happy to pull off another win for Demacon.”