Matt Beers started his mountain bike stage racing career at Wines2Whales and, five years later, has come full circle and is ready to cause a stir.

Teaming up with national cross-country champion and house mate Alan Hatherly, Beers said he believed they were in with a good chance of topping the podium, despite the fierce competition.

The pair won six of the seven Cape Pioneer Trek stages last month and the 23-year-old said he was a changed rider from the one who started Wines2Whales in 2013. 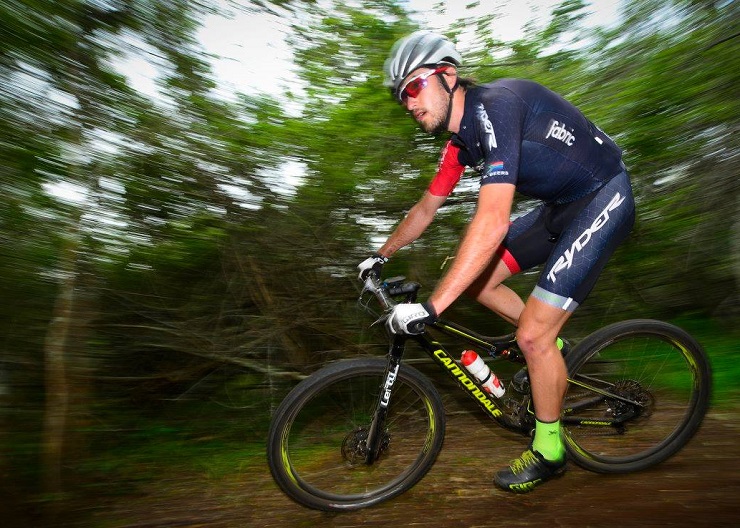 Matt Beers will once again team up with Alan Hatherly with the aim of winning Wines2Whales. for the first time. Photo: ZC Marketing Consulting

“I raced with a guy called Pieter Malan and we basically did it for ‘gees’. I don’t even know where we finished to be honest, but it was a rad experience,” said the current Trans Baviaans champion.

“Since then a lot has changed in terms of how serious I am. Back then I was just figuring out what I was doing with my life, having just stopped motocross.

“It’s progressed from there – just doing better each year, getting closer to the top riders and realising one day I could win the race.

“This is the first year I’ve actually had a partner of Alan’s calibre and I think we have a really good shot at it, which is super exciting.”

They will pit themselves against defending champion Konny Looser, who has teamed up with Christoph Sauser to ride for Investec-Songo.

NAD Pro’s Nico Bell and Gawie Combrick, who were hot on Beers and Hatherly’s heels at Cape Pioneer, will undoubtedly have a point to prove after the youngsters beat them by just over a minute.

PYGA EuroSteel’s Matthys Beukes and Philip Buys will be another pair to watch. They have had a tremendous season, winning joBerg2c, sani2c and Berg and Bush.

Most recently the duo finished first and second respectively in the National MTB Series, which concluded mid-October.

BCX’s HB Kruger and Waylon Woolcock will also be looking to prove a point. The latter announced earlier today that the three-day event will be his last as a professional after a career that spanned 20 years.

“The competition will make it even more fun, it will make the racing super interesting,” said Beers.

“Everyone else is going to have fun watching though and that’s what we want.”

He said the aim was not only to win, but to prove to other young riders just what was attainable.

“It means a lot to me because it’s where it all started so it would be extremely special to win this one. It would be a definite tick on the bucket list.”

Having completed three Wines2Whales, the Cape Town local said he knew the first and final days were key, but said it was important not to discount the second stage.

“Day two is normally super-fast and rad with all the trails, but it will be the day you could end yourself in a bush if you’re not too clever.”