Chris Froome is confident that he and his team will “get to the bottom” of the Vuelta a España drug test result that caused a world-wide stir in cycling this week.

“I take my leadership position in my sport very seriously. The UCI are absolutely right to examine test results and I will provide whatever information they require,” Froome said.

The 32-year-old Briton added that he was willing to provide any information that might be required.

“I use an inhaler to manage my symptoms,” he said. “My asthma got worse in the Vuelta, so I followed the team doctor’s advice to increase my Salbutamol dosage.

“As always, I took the greatest care to ensure that I did not use more than the permissible dose.” 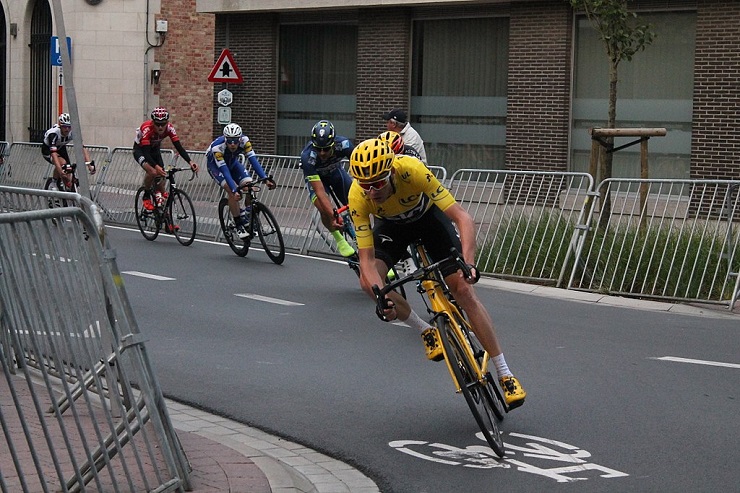 Froome was tested after stage 18 of the Vuelta on September 7 this year.

Analysis of the urine test showed double the amount of Salbutamol, an asthma medication, that the World Anti-Doping Agency (Wada) regard as a threshold.

Froome said in a Team Sky statement on Wednesday his asthma had worsened in the final week of his first Vuelta a España Grand Tour victory.

He also took to Twitter, saying: “I am confident that we will get to the bottom of this. Unfortunately, I cannot share any more information until the enquiry is done.”

Salbutamol, which helps expand lung capacity, can increase a sportsman’s endurance but it is permitted, within limits, by Wada.

An analysis of the urine sample showed a concentration of 2000ng/ml.

Team Sky announced before the September 7 test that Froome had had to increase his Salbutamol dosage, but said it was within the permissible amount.

In this week’s statement they said: “As race leader, Chris was tested after every stage and he declared his use of the medication as part of the process.

“During the final week of the Vuelta, Chris experienced acute asthma symptoms. On the advice of the team doctor, he used an increased dosage.

“A wide range of factors can affect the concentrations, including the interaction of Salbutamol with food or other medications, dehydration and the timing of the usage before testing.”

Depending on the final findings and decisions, Froome could lose his Vuelta title. He could also be suspended from cycling for a lengthy period

In a similar case, Italian Alessandro Petacchi was suspended after testing positive for Salbutamol during the 2007 Giro d’Italia.

Froome won his fourth Tour de France title this year, and has been tipped to join the list of five-time champions, alongside Belgian Eddy Merckx, Frenchman Bernard Hinault and Spaniard Miguel Induráin.