Austria-born Buchacher, who now lives in Cape Town, and Namibia-born Vorster sealed an outstanding year with their victory.

After podium finishes in the PE Plett (second overall) and Berg and Bush Descent (third overall), they added a victory in the 369km Desert Dash. 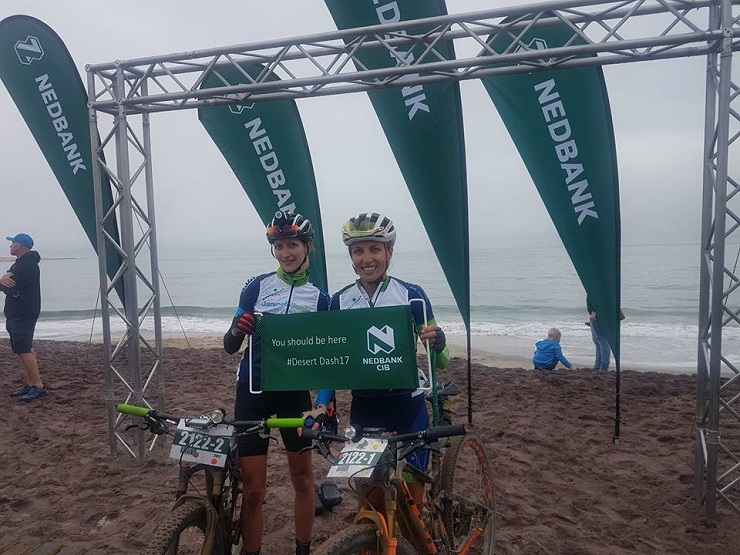 “Our relationship has definitely strengthened,” said Buchacher, who hails from Carinthia, Austria.

To compete in the Desert Dash, she had to make her first trip to Namibia. For their other races, Vorster came to South Africa.

Despite them winning by over 40 minutes, Buchacher said she had faced tough challenges in the Desert Dash, which started in Windhoek and ended in Swakopmund.

“Tactically, we could have been better,” she said. “But because I live at sea level I struggled at altitude.

“We went up to Windhoek a day before the race and I battled during the first stage. Michelle had to help me a lot.”

They had to split up and take turns on some stages, she revealed. “I rode on my own on stages two and three and she did so on stages four and five until we finished together on stage six.

“That didn’t help me, because the first half of the race was at altitude. And it just got worse. I struggled, mentally and physically.

“During the final stage, which was at sea level, I noticed the difference. I could breathe again. It was like chalk and cheese.

“If we were tactically smarter, we could have improved our time by at least half an hour,” she added.

There was a long list of solo riders in the popular desert race, but Buchacher said she could never have done it without Vorster.

“We were in it together. We fought together and shared our problems. I would not have been able to ride 369km on my own in a race of that nature.

“It’s been a good year and to remain friends outside racing is very important,” she added.