Declan Sidey, who received a “pro lifeline” contract early in November, has pulled the plug on the deal.

Sidey said he had to walk away from the offer because of “conflicts of interest.”

“Since then I’ve been on the lookout for a new team. But I could be competing in my last race at the Stellenbosch Cycle Tour on Sunday,” the 23 year-old said. 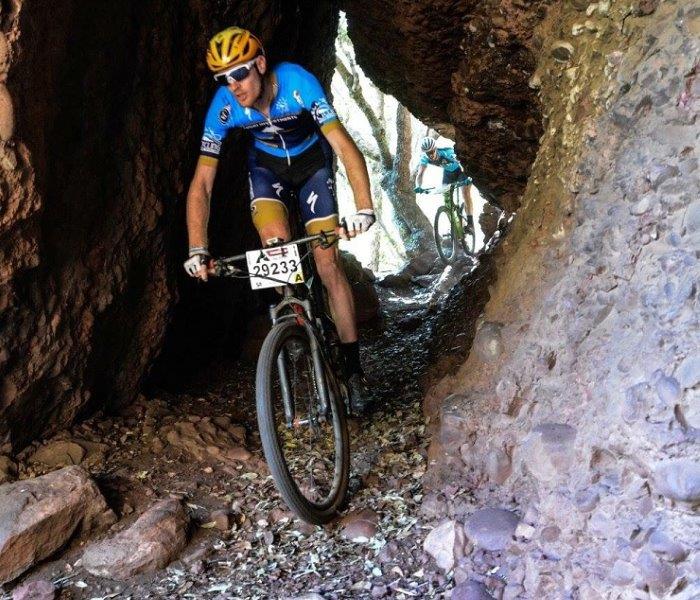 But the Nelspruit resident, who won the final round and finished third overall in his debut season at the TrailSeeker Gauteng Series in the beginning of November, is still positive about his future.

Confirming that last month’s “sewn-up deal” had fallen through, the former Bell’s Cycling-Kavuki Investments rider indicated he would either pursue cycling all hands-on, or withdraw completely, depending on whether something comes up before 2018.

“I am in contact with two teams. It is looking relatively promising, so I hope to continue next year.

“I have been riding, temporarily, for Team Mad Mac p/b häzz, and we won bronze at the Double Century, which was a great achievement.

“They sent me a corporate invitation to race for them again on Sunday and it’ll be a good way to finish, should it be the case, with my old team.

“I’m without a sponsor now and they were nice enough to provide me with equipment and a bike. I hope to have one last good swing for them in Stellenbosch,” Sidey said.

“If nothing big comes along though, I will unfortunately no longer be racing. I need to turn my focus towards what will be my primary source of income.”

Sidey, who is studying towards a postgraduate certification in chartered financial analysis, still hopes to carry his team through in Sunday’s race.

“My form at the moment isn’t at its best, but I’m looking to help one of the Team Mad Mac p/b häzz riders win.”

Although he has competed on the road in recent weeks, Sidey would only pursue mountain biking if a promising opportunity presents itself.

“That’s what I love and that’s what I want to be good at. There are better prospects in mountain bike racing in South Africa.

“If all goes well, I should be back in the dirt in 2018. My only problem at the moment is to find a strong teammate to help sell myself,” he added.

The Durban-born Sidey also has the option of starting with his corporate career soon. In this respect he is also looking for opportunities.