Bradley Potgieter is ready to take on the captaincy role when the South African team take part in the Sharjah Tour in the United Arab Emirates from January 24 to 27.

Potgieter is one of six riders that Cycling SA selected two weeks ago to compete in the four-stage race. 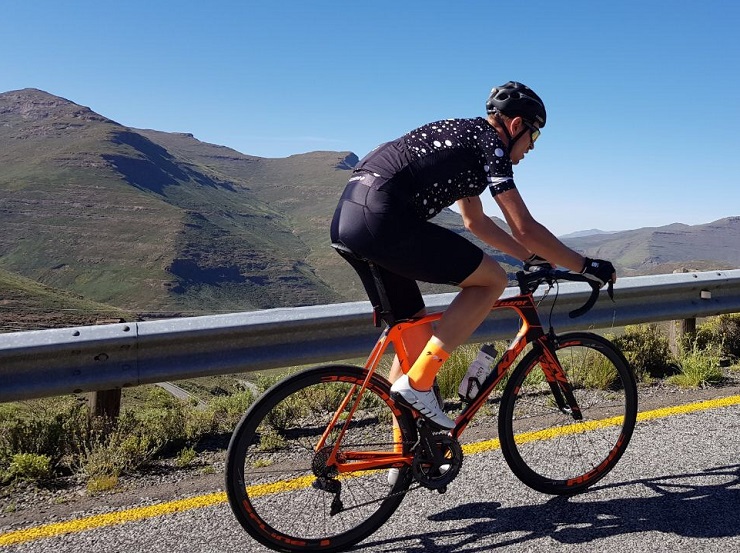 Bradley Potgieter is ready lead the South African team when they compete in the Sharjah Tour in UAE this week. Photo: Supplied

No official team captain was appointed but Potgieter is prepared to take on the leadership position.

“My main aim is to be there for the team. It will be important to keep everyone’s goals aligned.”

Instilling a team ethos would be essential, said Potgieter, who had gained experience of the captaincy role when he rode for the RoadCover team.

“The national team is made up of riders from different teams. We must make sure we all have the same programme.

“There’s no point in sending six strong guys from six teams to compete in an international tour if they all have their own agendas.

“We will need a sense of direction. Then, you never know, we could achieve something.”

Personally, he added, he would prefer to play a supporting role. “I’d like to provide support for our sprinters, Reynard and Ryan. They are normally the sprinters we are up against in local races.

“But if a different opportunity comes up the other guys or I will have to take it.”

Potgieter, who will be riding solo for KTM South Africa and Cycle Lab this season, said it was a privilege to be recognised by the national selectors.

“Coming out of off-season, from base training, and getting selected straight away to represent my country, meant a lot to me. It’s good to know I’m still in the mind of the selectors.”