Thokozani Mahlangu‘s inclusion in the South African cycling team for this week’s Sharjah Tour is one of those “dreams-come-true” stories. 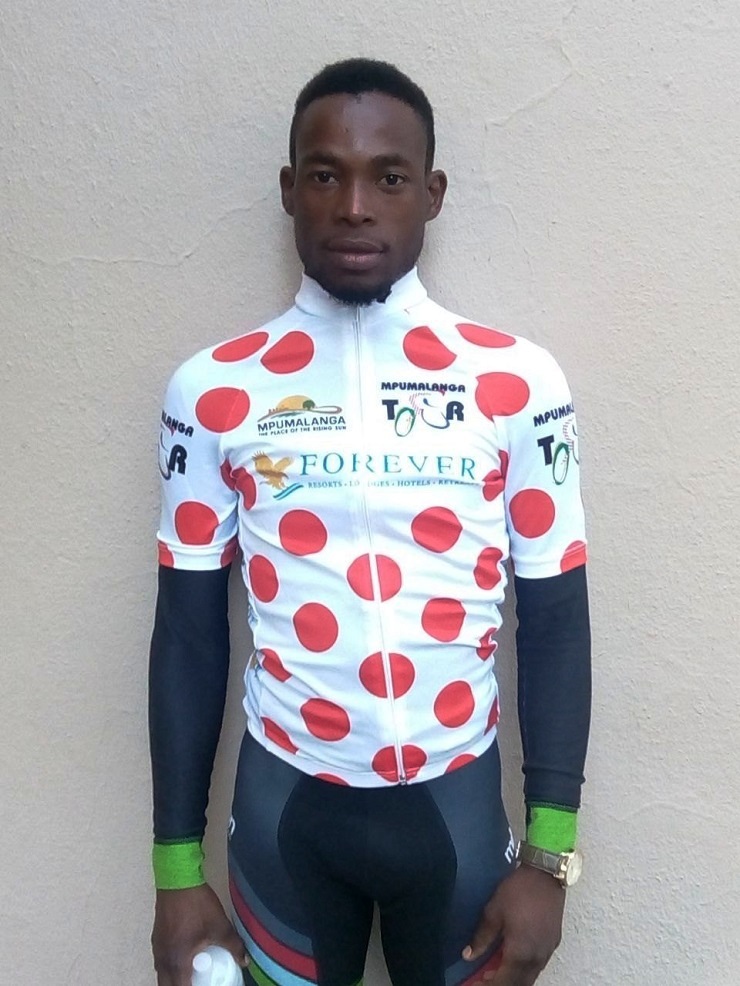 Thokozani Mahlangu, pictured here wearing the polka dot jersey that he won at the Mpumalanaga Cycle Tour, will represent South Africa in the Sharjah Tour in the United Arab Emirates from January 24 to 27. Photo: Supplied

It began when he and his late sister found a bicycle in a rubbish bin in Middelburg, Mpumalanga.

“We took it to the police station to report finding it. I told them I would ride it until the owner came to collect it. I would pretend it was mine,” Mahlangu told In The Bunch this week.

“My sister was the one who started my cycling career. She helped me with money when I wanted to enter for a race.

The 27-year-old Mahlangu, who rides for team Sampada, said this week he was happy to be reunited with his teammates.

“We used to ride together when I was young, but then I didn’t see them for six years.

“Two years ago I began riding in road races and realised how strong they were. I had to adjust and train hard to get to their level. It will be good to race with them again.”

Mahlangu, who was second overall in the King of the Mountains category in last year’s Clover Tour, has made remarkable progress.

“I’ve always wanted to go overseas to represent my country. I had to work hard to get where I am today,” he said.

His next goal is to finish among the top 10 in Sharjah, but he is also willing to work hard to help one of the other South Africans win.

“If I have an opportunity to get a stage win I’d be very happy,” he said.

Bafedile Mafologele, owner of the Sampada team, is equally excited about the event in the United Arab Emirates, where two of his riders, Mahlangu and Montshioa, will participate.

“To have two riders in the national team after establishing Sampada two years ago makes us proud,” he said.

“This is this first time that Thoki’s has been selected for the SA team and the second time for Jan.

Montshioa was runner-up in the battle for the King of the Mountains jersey in last year’s Mpumalanga Tour. Mahlangu recently tied with NAD Pro’s Matthew Beers in this year’s race for the jersey. 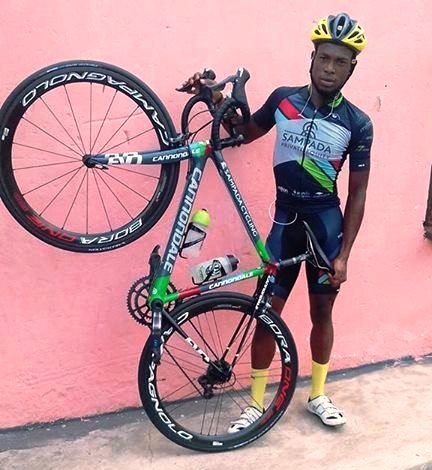 Sampada’s Thokozani Mahlangu is gearing up for the Sharjah Tour in the United Arab Emirates from January 24 to 27. Photo: Supplied

“You can’t win everything,” Mahlangu said. “Sometimes you win, sometimes they win. It’s all part of the sport, but I was very happy to win the jersey,” said Mahlangu, who lives in Pretoria.

After the death of his sister, he said, he had lost interest in cycling for a year.

But then he began training with the Middelburg Cycle Club, where Riaan Koegelenberg, who was involved with the development team, noticed him after only a month.

“Riaan saw I was serious and gave me my first road bike. I immediately accepted it because I did not want to go back to the township and sit there doing nothing. I rode that bike for a year,” Mahlangu recalled.

He switched to mountain biking when he got into the Exxaro MTB Academy team.

One of his teammates was Bruce Malele, who later started the Sampada team and is now managing it.

“In 2015, Bruce said he wanted me to cycle with him. He gave me a bike and I began riding with the team as a professional,” said Mahlangu.

For Malele, Mahlangu’s inclusion in the national team was the start of a new dream – see them race at international level.

“It’s a great honour to have two riders in the team; especially such a young team.

“It’s an indication that we’re on track to achieve our goal of having an African Pro Team.”

Mahlangu said he was grateful to those who had introduced him to cycling and had helped him to get where he was today.

“Thank you to Riaan and his wife Bets, as well as Bafedile and Bruce, who believed in me.

“I’d also like to thank my mom, my hero. She did not know anything about cycling but she always encouraged me to go and ride.”