Front-runners HB Kruger and Stuart Marais kicked hard in the final kilometre to win their third stage in a row as they maintained their lead in the Liberty TransCape MTB Encounter today.

Facing the 102km queen stage from Hartenbos to Riversdale, the top three teams worked together until the closing stages when the ASG-Ellsworth outfit charged for the finish. 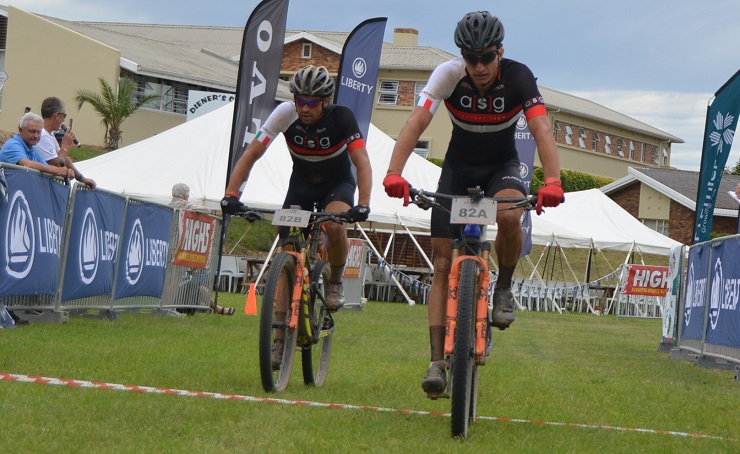 The general classification remains unchanged, with the locals holding a nine-minute advantage over Marecaille and Biefang. The Norwegians are two minutes further back.

Kruger said it was a day when it was better to work in a group than to try any heroics.

“There were quite a few open, long stretches of gravel so today it was much wiser to work together than to go out there and have about 50km on your own into a bit of a headwind.”

With the conservative approach, he said there had not been much action during the stage.

“But there are still four days to go so anything can happen.”

Although they have a decent buffer, Kruger said he and Marais would continue to take a cautious approach.

“In a mountain bike race it’s all about staying upright, keeping the bikes in one piece and seizing the moments when they arise.”

After a relatively easy start in a bunch of six teams, Kruger said the race split up after they entered the Gondwana Nature Reserve.

“It got a bit hilly and there were one or two steep inclines, which allowed the top three teams to get a bit of a gap over the other guys.

“The rest of the day we kept it pretty steady and everyone did their share, which worked out quite well.”

In the mixed category Belgium’s Kristof de Neys and Britain’s Catherine Williamson, the defending champion, continued to dominate, winning the stage in 4:35:54. 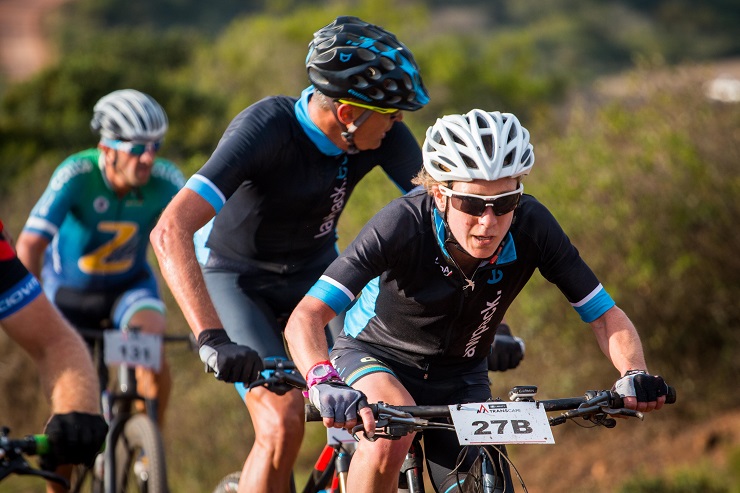 “I am very happy now that I am at the finish,” said De Neys, who spends half his year living in Knysna.

“We were in a great bunch and Catherine worked hard today and was really strong. So that was fantastic.”

Tomorrow’s stage will see the riders tackle a distance of 106km with 1 500m of vertical ascent from Riversdale to Swellendam.

The fourth edition of the 614km race, supported by STANLIB and Volvo Cars, finishes at La Couronne Wine Estate in Franschhoek on Saturday.