De Villiers, who finished third in the gruelling three-stage Tankwa Trek with partner Mariske Strauss last weekend, said she was “thankful” to come away with the victory.

“I’m really happy,” she told In the Bunch today. “I gave it my best shot. Everything went well and I’m glad it was enough to win.” 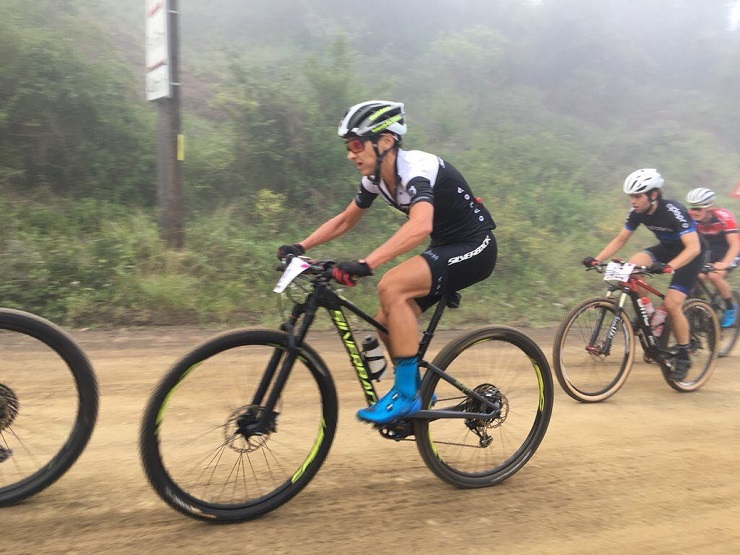 Tactically De Villiers, who won the same race in 2015, said she aimed to stay with the leading men for as long as possible.

“The pace was quite hot from the start. I wanted to keep up [with the leading men] until the Zuurberg Pass for the King and Queen of the Mountain.

“I knew that is where I would probably get dropped [by the men]. I then settled into my own pace and managed to win the QOM as well.”

Her strategy “paid off” as she cruised to a comfortable 19-minute win over defending woman champion Anriette Schoeman and managed to finish seventh overall.

Nonetheless, De Villiers said it was a privilege to race against a competitive women’s line-up. “It’s always great to race against proper riders such as Anriette, Siska [van der Bijl] and Nicky [Giliomee].

“It was an honour to beat girls with such a huge pedigree in cycling. It was still a challenge.”

The route and conditions, she said, were “fantastic” and suited her perfectly on the day.

“The route was a perfect combination of open road and single track. I love this part of Eastern Cape.

“The weather was great. It was ideal that we started so early, at 6am, because it got really hot later on.”

There were some challenges for De Villiers though. “There were quite a lot of wet patches that resulted from the rain in the last couple of days.

“It made riding a bit heavy at times. It was important for me to choose my lines correctly in the single tracks and go as hard as possible on the open roads.

“Otherwise, it was a near-perfect race for me. My bike felt like a machine – I love my Silverback – and I’m grateful to take the win.”