Katusha-Alpecin’s Marcel Kittel won the 167km circuit race in stage two of the Tirreno-Adriatico, which finished in Follonica, Italy, today. 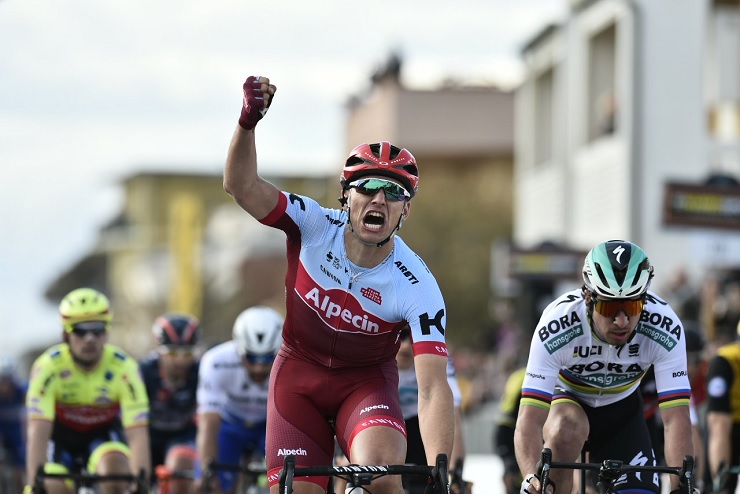 Gazprom-RusVelo’s Alexander Foliforov (Russia), Wilier Triestina–Selle Italia’s Jacopo Mosca (Italy) and Israel Cycling Academy’s Guy Sagiv (Israel), with just two laps to go, were in a breakaway, before they got swallowed by the peloton with 12km left.

A crash in the peloton, with seven kilometres left, then barred around 30 riders and ensured a reduced bunch sprint. After a string of attacks on the last lap, Katusha-Alpecin took control allowing Kittel to take the spoils.

This was Kittel’s first victory for the team and he was clearly delighted with the win. “I’m very happy because this is my first professional victory in Italy, and that makes me proud,” he said after the race.

“I have benefitted from the all years I’ve been a professional and with all the experience, I’m able to handle this situation.”

“I’m very happy to win in Tirreno, it’s a big race and a big first victory for me this season and the whole team.”