The Danish completed the five-lap race in 1:18:52, beating world champion from Switzerland Sina Frei and Briton Evie Richards into second and third respectively. 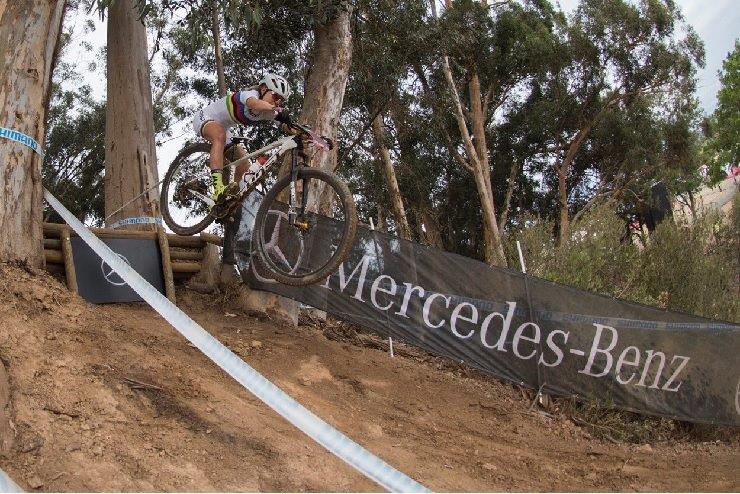 Richards, who was seeded second, led the race after the first 4.4km-lap.

After two laps, the seventh-seeded Degn took the lead. Frei, seeded first before the race, was in second with Richards in third.

The same trio – in that order – maintained their lead after the third lap, before Degn and Frei surged ahead and took control.

Degn created a 23-second lead over Frei at the start of lap four. Richards, at that point, was still in third, with French pair Helene Clauzel and Loana Lecomte chasing in fourth and fifth respectively. On the same lap Clauzel then managed to overtake Richards into third.

Heading into the fifth lap, however, Degn and Frei had created a sizeable lead over Clauzel. Degn persevered and took the spoils. Richards managed to come out on top in a game of cat and mouse with Clauzel to finish third.

READ |  36ONE MTB Challenge results: Dusty goes one better on the Day

“It was an awesome race on a great course. This was my season goal – to win a World Cup – and I achieved it in the first race already,” Degn said after the race.

“I’m pretty overwhelmed. I didn’t know I could do this.

“Evie [Richards] gave a really fast start and I just tried to hang on and not go over my limit too much. Then both of us made some little mistakes at one point, and we were lucky to get away from the chasers.”

South Africa’s Bianca Haw did not start the race.