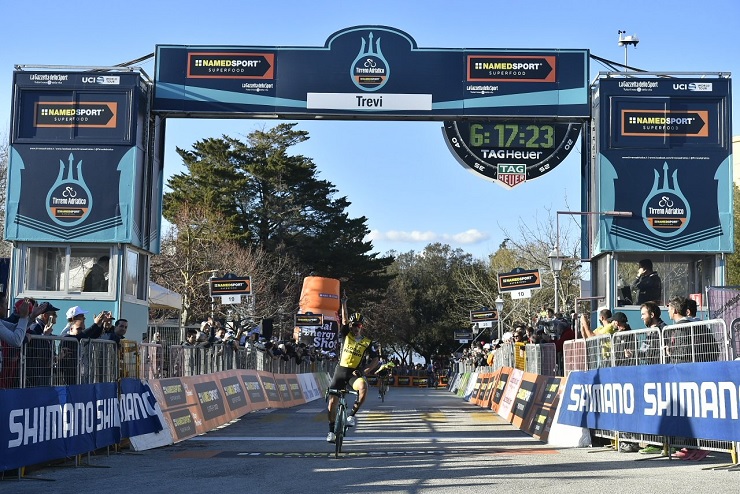 Roglic threw in an attack – with fierce acceleration – to surge ahead of the bunch with just over a kilometre to go.

He took a risk, as the gradient kicked in heading toward the finish, but he managed to prevail despite a string of brisk attacks behind him. Yates managed to catch up, but it was too little, too late.

“I knew I have already lost some sprints in my career and I knew I shouldn’t wait until the end, so I decided to go earlier,” he said after the race.

“I just went all out and it was enough.”