The Kinetic Cycling Club, based in the Brackenfell/Kraaifontein area, saw Jessie Munton be crowned the U15 road and time-trial champion, Cameron Wilcox take the U11 time-trial title and Mia Fortuin win the U15 road race. 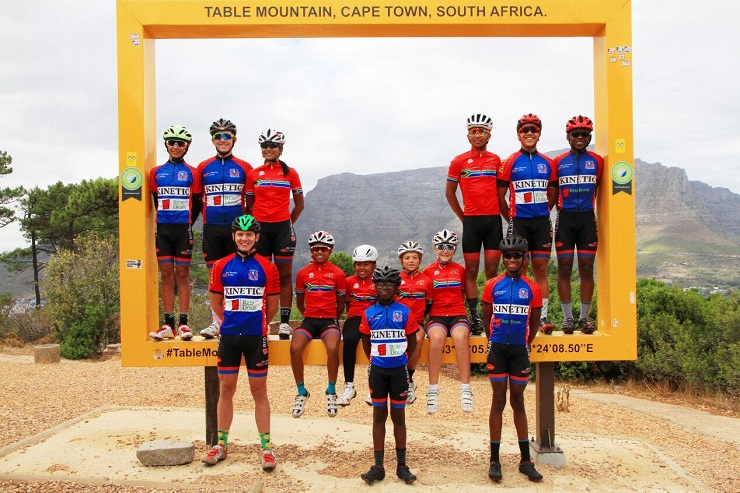 Youngsters from the Kinetic Cycling Club who hope to participate in the week-long European Junior Cycling Tour in Assen, Holland. Photo: Supplied

Matthew Fortuin won the U17 road race and claimed five gold medals in the track races. Jason Bruintjies crossed the line first in the U15 road race, Fortuin was victorious in the U13 time-trial and Luke Oldale took the title in the U11, 1 500m track race.

Their next aim is to send 11 riders to the week-long European Junior Cycling Tour in Assen in the Netherlands.

The Jeugdtour, which takes place from July 30 to August 5, is the biggest cycle race in the world for children between the ages of five and 18.

This year’s edition already has over 800 riders registered from 19 countries.

“We would like to get these 11 kids to the Jeugdtour. It has been held since 1960 and attracts hundreds of racing cyclists, many of whom go on to success in later years,” said club chairman O’Ryan Bruintjies.

They sent five riders – Matthew and Mia Fortuin, Bruintjies, Oldale and Lionel Geldenhuys – to the event last year, which was a life-changing experience.

“They are indeed the first of our riders to compete in Europe,” said Bruintjies. “That is what we want. We want to show our club jersey there. Besides that, we want them to experience a race like this.”

The club were established in 2001 with the objective of promoting fellowship among members and to further the sport of cycling in a friendly and brotherly spirit.

“We aim to fight the evils of alcoholism, drug abuse and gangsterism, as well as provide an escape for families from these evils, which is the norm on the Cape Flats,” he said.

But the Kinetic Cycling Club is not all about fun.

“We want to compete for good results as well. One rider to watch out for is Matthew – he is excellent.”