“We had very good communication. We are a good bunch of mates, so we knew how each other rode and raced,” he said. 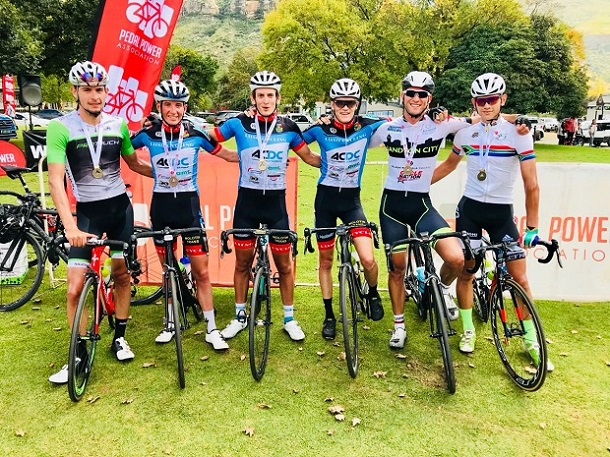 “Our team was really chuffed that we could set a record time,” said Beneke, who maintained the lead in the Road Cycling Series standings after 11 events last month.

Barzani Pro Cycling were the third team to set off on their race and Beneke said they always had the mindset and game plan of each rider doing their fair share of pacemaking and trying to go as fast as possible.

“We knew that close to the finish there were a few hills and the guys would need to keep it steady and consistent.

“This was the most challenging thing about the race – to get as many riders as possible over the hills, especially after 180km, and trying to go as fast as possible. It was a combination of a few factors that we managed to get right.”

The 26-year-old said their goal was definitely to go out and win the event.

“At the same time we also wanted to have a good time and enjoy cycling in the stunning area, while racing with friends.”

Beneke concluded that the team were very happy with the result and it was always nice to get a victory under the belt.

“It’s really cool that we could do it as a team and win as a team. It’s also always nice to drink champagne,” he said.