South African Louis Meintjes has experienced a rather “up-and-down” season as he prepares for the 21-stage Giro d’Italia, which starts in Jerusalem on May 4.

The DiData rider, who finished seventh overall last year and eighth in the 2016 Tour de France, will skip the French Grand Tour this year to focus on the Italian race. 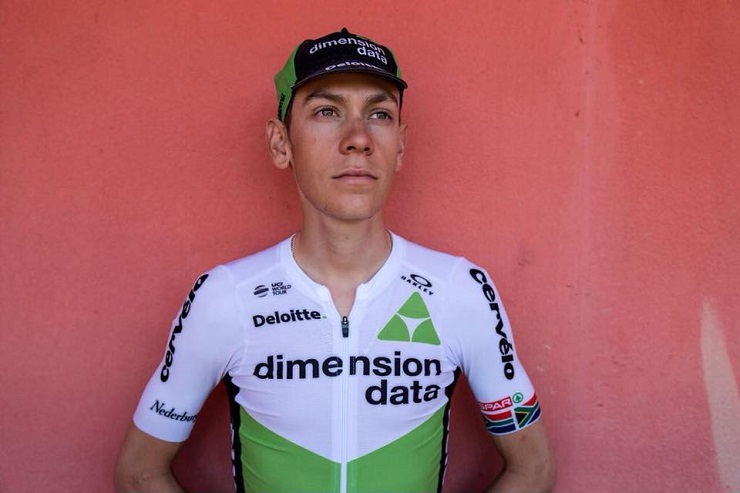 South African Louis Meintjes, pictured here, has experienced a rather “up-and-down” season as he prepares for the 21-stage Giro d’Italia on May 4. Photo: Scott Mitchell

Meintjes, 26, the Africa cyclist of the year for 2017, has had mixed results this year.

“The last couple of months have been really up and down in terms of my training,” Meintjes told In the Bunch.

“Sometimes I’d feel good, but at other times not so good, as if I don’t have my normal power.”

However, he took some positives from the five-stage Tour of the Alps in Italy.

“Although I did not get top results, I felt pretty consistent throughout,” he said at the weekend. “I felt I was getting my power back. That was at least a positive.

“I can take a bit of confidence from the Tour of the Alps, especially after the way the last few weeks have gone.

“But I still have to step it up to get back into the front group and be ready for the Giro.”

Meintjes said the Volta ao Algarve had gone well for him but his season began to stagnate the following month.

“Everything seemed to be on track, going according to plan, in the early part of the season.

“Then, for some reason, things just started standing still for a month. I had a few ups and downs. The Tirreno-Adriatico and Catalunya really were not my best rides.

“It was a bit disappointing, but it seems things are beginning to turn around. I am still a bit uncertain, but I hope things will work out nicely for the Giro.”

Meintjes still hopes to be in the top mix in the Giro. “I’d still like to give it a good go on general classification,” he said.

“We (DiData) will have to see how we move along; to see if we have to change our focus and maybe go for certain stages. But I’m still hoping and preparing myself for the GC,” he added.