Quick-Step Floors’ Bob Jungels attacked over the top of the Cote da La Roche aux Faucons to solo to victory in the Liège-Bastogne-Liège that finished in Ans, Belgium, today.

The Luxembourg rider became the third from his country and the first since Andy Schleck in 2009 to win the oldest classic on the calendar.

With all eyes on his teammate Julian Alaphilippe, Jungels took his opportunity on the second-last categorised climb of the day and was able to build a lead of over 50 seconds within the final 10km. 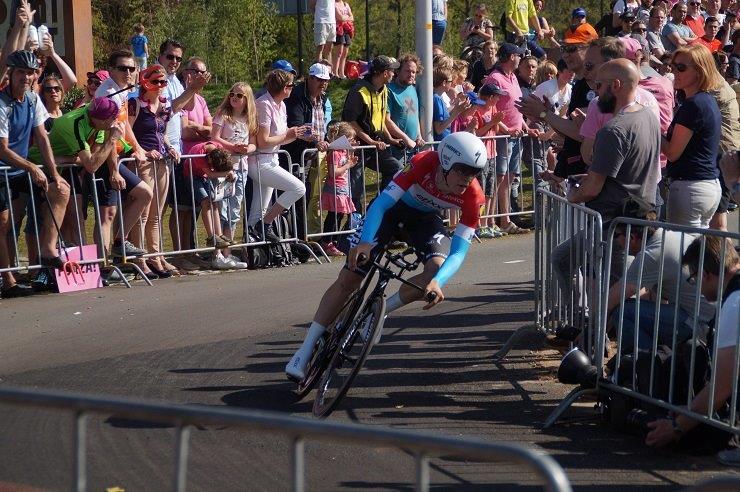 Behind him, Lotto–Soudal’s Jelle Vanendert broke clear on the group of favourites on the last climb of the day and set off in pursuit of Jungels.

In the approach to the uphill finale, EF Education First-Drapac p/b Cannondale’s Michael Woods and AG2R La Mondiale’s Romain Bardet also took their chance to leave the group – which included Alaphilippe and Movistar’s Alejandro Valverde – behind.

As Vanendert faded out of the top-10, Woods and Tour de France runner-up Bardet rounded the final corner and lined up to sprint it out for the minor positions of the podium.

Alaphilippe, who won the Fleche Wallonne a few days ago, won the group sprint to place fourth.

“I did not think I could win until I saw no one at the finish,” Jungels said afterwards.

“I felt good all day. I just cannot believe it – it is unreal. I have been waiting for such a big result for a while.

“The team have had a super spring campaign. I am super happy.”