Wessel Botha hopes to get back into the swing of things with a strong performance at the Magalies Monster MTB Classic in ATKV Buffelspoort, North West Province, on Saturday.

Botha, who rides for the successful NAD Pro outfit, said he had had an up-and-down season so far and would like to use the 65km race as his first stepping stone towards getting back into full swing. 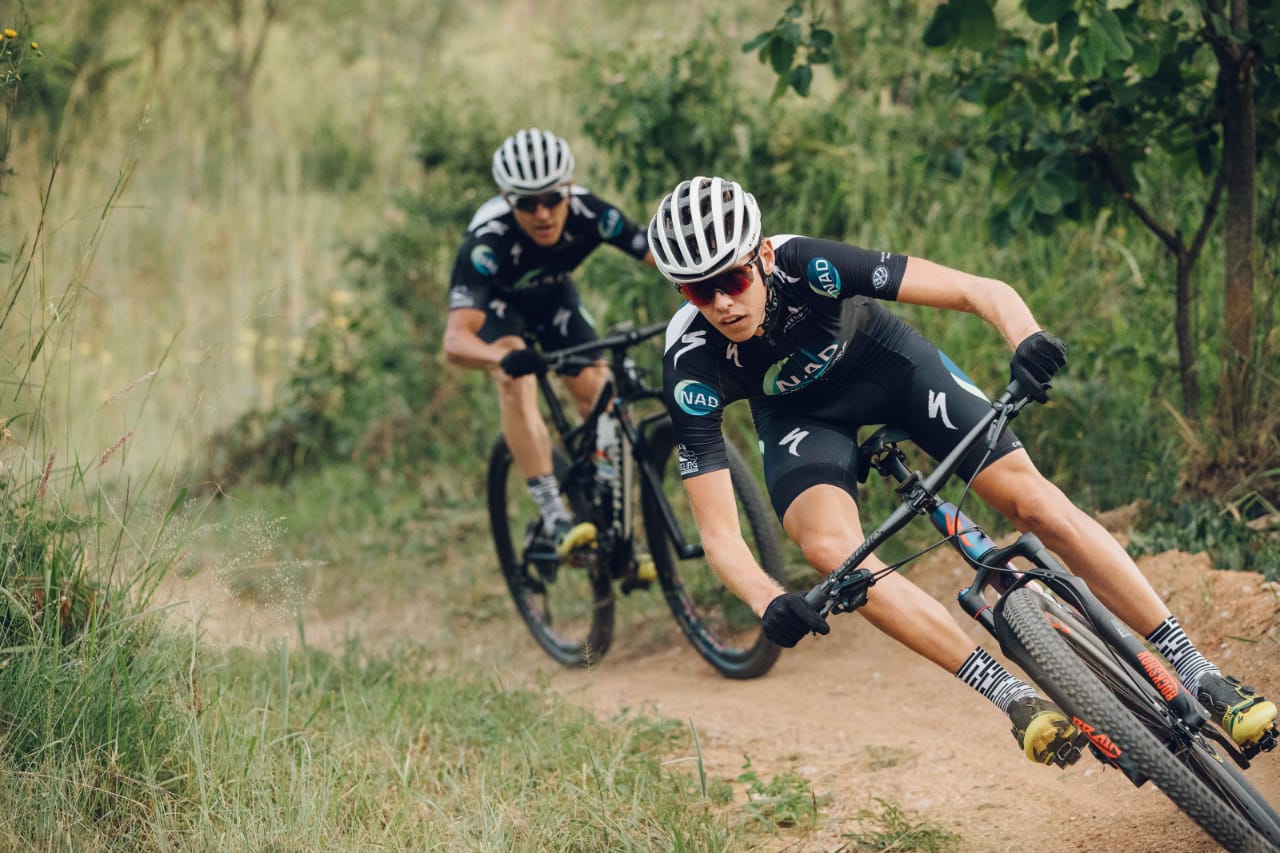 Wessel Botha (front) hopes to get back into the swing of things with a strong performance at the Magalies Monster MTB Classic on Saturday. Photo: Supplied

“I had a virus and I could not train for about a month. This was only my second week back in training,” he told In the Bunch.

“I am doing this race largely as a training race to see where my form is and to see how my body handles race intensity.

“It is not an A race for me, but I would still like to see what result I can get and hopefully finish near the top.

“I want to build towards the SA champs,” Botha said. There he would be taking part in the under-23 cross-country event on July 21 followed by the elite marathon race on July 28.

Botha was narrowly beaten into second by PYGA Euro Steel’s Phillimon Sebona in last year’s Magalies Monster after suffering a mechanical in the final few kilometres.

He had taken some lessons out that race, Botha said. “The ‘monster climb’ is the main climb of the race, but it will be important to still leave something in the tank for the last few kickers towards the end.

“Those climbs [near the end] are quite steep. I will have to pace myself and try not to give it everything on the main climb, but preserve some energy for the last 10 to 15 kilometres.”

Despite the uncertainty surrounding his form, Botha said he was feeling confident. “I have had a good week-and-a-half of training now.

“My last race was only about two months ago, so I am really eager to get on the start line and to see where I am at. I am looking forward to it.”