Mountain-biker Charl-Pierre Esterhuyse has decided to “take a step back” from competitive cycling, he announced yesterday.

Esterhuyse, 23, who rode for Breedenet and was a semi-pro for the last four years, said one of the main reasons for “stepping off the bike” was to explore other avenues.

“I want to develop myself further in terms of studies and other skills not just cycling, to which I turned all my focus these last few years,” Esterhuyse told In the Bunch today.

“There is more to life than just cycling and I also had quite a busy schedule, working in the marketing team for Breedenet ISP while also coaching at HTS Drostdy.

“Having to then put in all the hours to be able to race was not easy.” 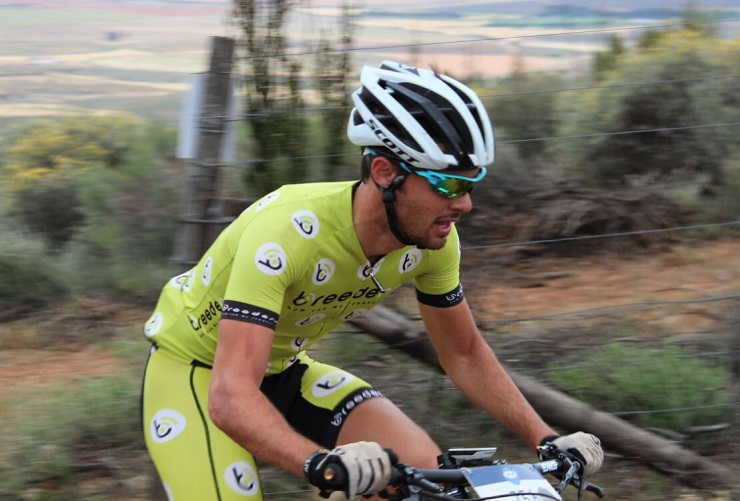 Charl-Pierre Esterhuyse, pictured here, has decided to “take a step back” from competitive cycling. Photo: Supplied

He was keen to take on other challenges, Esterhuyse said. “I will still be working for my sponsor from all of these years [Breedenet], doing marketing and event management for them, but I will just see where life takes me.

“My bike will always be there for an easy ride, but I feel I need to move forward and work towards that bigger picture.”

Cycling was not an easy way to survive, he said. “It is really difficult to make a living out of cycling alone in South Africa.

“There are too few races that actually award good prize monies and the sport alone is quite expensive as well.

“It is, however, an awesome sport and I will definitely still be involved.

“I am just really thankful to my parents and my brother, as well as my sponsors – Jaffes Ford, ADRS and especially Breedenet – who have all made it possible until this point.”

Esterhuyse enjoyed some success last year, winning the solo Ride2Nowhere and Race2Nowhere events. He was third overall in the solo category of the Tankwa Trek and enjoyed a 12th-place finish alongside Breedenet teammate Carel van Wyk in the final stage of the Cape Epic.

“I was fortunate enough to compete in the Epic three times, as well as finish second overall in the National MTB Series back in 2014 when I was still racing in under-23.

“I will still be riding my bike like back then, but mainly just for recreational purposes.”