Italy’s Elia Viviani became the first rider in this year’s Giro d’Italia to win a third stage when he showed his rivals a clean pair of heels on the 13th stage that finished in Nervesa della Battaglia today.

The Quick-Step Floors rider beat Ireland’s Sam Bennett (Bora-Hansgrohe), who had won stages seven and 12, in the dash to the line with Netherlands’ Danny van Poppel (LottoNL-Jumbo) close behind. 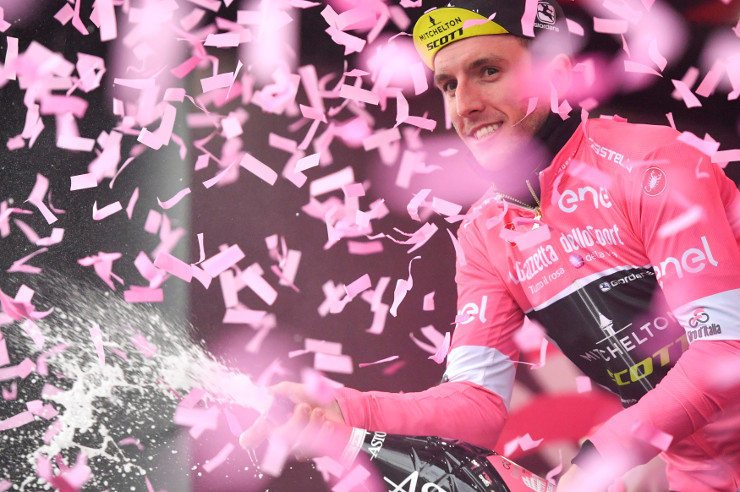 LottoNL-Jumbo led out the sprint for Danny van Poppel with 400m to go but it was Sacha Modolo (EF Education First-Drapac) who played his cards first. Viviani was however delivered onto his wheel by a teammate and came around his countryman to take the spoils comfortably.

Viviani said it felt amazing to add this third stage victory to his career after a few difficult days.

“This is what I needed and what the team needed too.

“You win and you lose. You have a good moment and you have a bad moment. You live a dream and the dream is done. Then you need to start another dream.”

With just over a week left of the tour, Viviani concluded by saying their plan was to get back to winning ways.

Earlier, after several attacks, a group of five broke away and built a maximum lead of 3:30.

After staying safely in the peloton for the day, Yates said his teammates did a good job in keeping him in the front of the bunch and when the sprinters started to attack, he was safely back in the group.

“It was the easiest day we have had so far, but no race is easy.”

He added that he was looking forward to tomorrow’s stage 14, which takes place over 186km from San Vito Al Tagliamento and finishes atop Monte Zoncolan.