However, compatriot and race leader Simon Yates (Mitchelton-Scott) gave a hard chase in the final kilometres up the climb to finish second and reinforce his race lead ahead of stage 15 tomorrow. 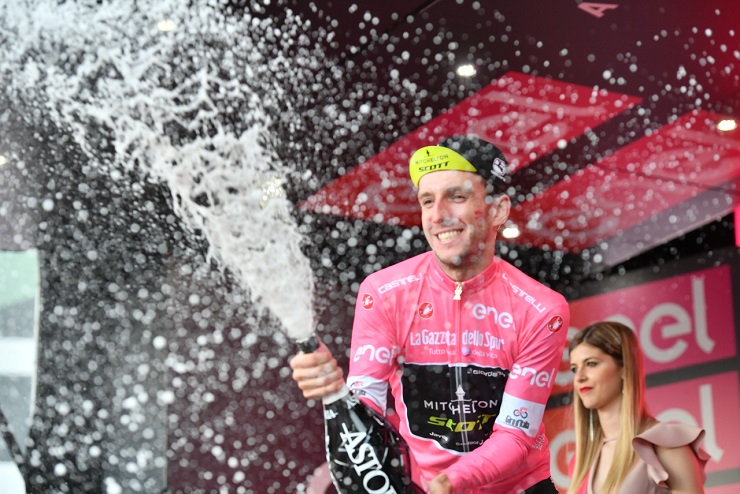 The seven riders created a gap of just over six minutes with approximately 50km remaining, which comprised the final three decisive climbs.

The leading group then dwindled until Conti and Barbin took the lead with over 20km left. The pair held their lead until the final 10km Monte Zoncolan climb neutralised the field.

They were caught before Michael Woods (EF Education First-Drapac p/b Cannondale) set the pace up the climb.

Halfway up, the Canadian dropped back and a game of cat and mouse ensued from within the leading group. DiData’s Ben O’Connor and Louis Meintjes were also in the mix.

Froome went to the front further up the climb – with four kilometres to go – and took a 20-second lead over the chasers Yates and Miguel Ángel López (Astana Pro).

The Brit managed to persevere and hold his own to take the stage win and move up to fifth on the general classification standings.

Froome, after a tumultuous run of form this year so far, was elated with his victory on a stage he described as “monumental”.

“It’s such a good feeling, especially after a hard start to the race for me and the team. The team has supported me so well in these last two weeks, so to get the victory today really means a lot.”