The South African, DiData’s proposed general classification rider before the Grand Tour began, finished among some of the other main contenders while beating the likes of Team Sky’s Chris Froome and Astana Pro’s Miguel Angel Lopez. 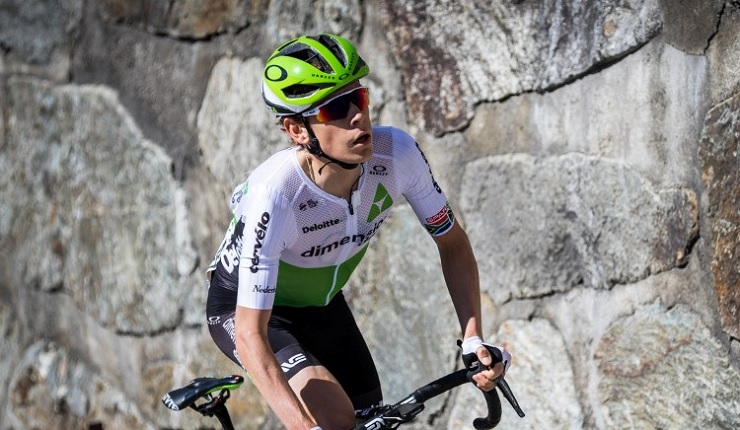 Meintjes managed to get through a crash during a bottleneck in the road, but his teammate Ben O’Connor was held up.

DiData’s Ryan Gibbons and Natnael Berhane were there to assist the Australian, while Meintjes continued his pursuit.

He said the stage was harder than he expected it to be. “It was a super hard stage, up and down all day,” Meintjes said.

“It was much harder than it looked on paper and it was quite nerve-racking in the bunch as well.

“My legs felt good in the final [section]. I think I lost a bit of time, but I was at least close to the front.”

Meintjes is currently 31st on the GC, second among the DiData riders behind O’Connor in 27th. Stage five will comprise a 153km route from Agrigento to Santa Ninfa later today.