Team Dimension Data’s Louis Meintjes has been forced to withdraw from the Giro d’Italia due to illness, his team announced today.

South Africa’s Meintjes, who was the team’s general classification contender before the Grand Tour started, has contracted an upper respiratory viral infection.

“He has systemic symptoms including fever, which preclude him from participating further in the Giro for fear of dangerous complications,” team doctor Adrian Rotunno said. 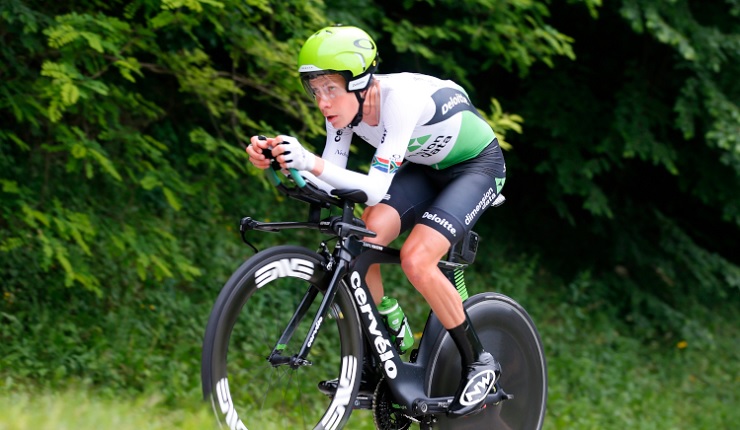 DiData’s Louis Meintjes has been forced to withdraw from the Giro d’Italia due to illness. Photo: Stiehl Photography

The 26-year-old will now return home to recover. “It is obviously really disappointing to have to withdraw from the Giro in the final week, but my body just does not want to cooperate,” Meintjes said.

“I felt my condition was gradually improving during the race and I was looking forward to playing a role at the three upcoming mountain stages.

“The team is riding well; Ben [O’Connor] has been very impressive, so I know the team will finish the Giro strongly.

“I will do everything I can to get healthy and come back stronger,” he added.

Meintjes remained in the top-50 throughout the first 16 stages, having been placed 46th on the GC yesterday. O’Connor is currently 12th.

Meintjes was the second rider in the team to withdraw from the tour after Igor Anthon’s early exit.