Potgieter, from Cape Town, said to qualify for the final this year riders had to make the top-60 cut in the semi-finals as opposed to the top-80 of previous years.

“I have managed to qualify in the last two years [at Fort William] so it has been quite a good race for me,” Potgieter told In the Bunch today.

“Firstly, my goal would be to qualify now that it has been reduced from 80 to 60 riders.

“I obviously want a good result, but I am not sure what result specifically that would be.

“I just want to get onto the start gate and cross the line knowing I gave it my best and the result will follow.” 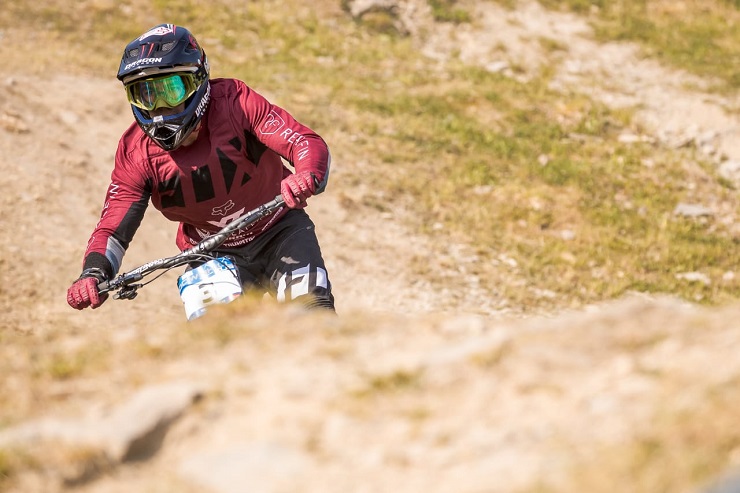 This will be Potgieter’s eighth attempt in a row on the 2.66km Fort William route comprising a drop of 525 metres down the face of Aonach Mor, the ninth highest mountain in the UK.

However, he said it posed different challenges every time. “I know the track more or less, but they do change it a bit every year.

“That took some adjusting and practising on. It is also one of the longer tracks on the circuit, so fitness will play a big role.

“Your bike set-up, your wheels and having spares will all be very important,” he added.

Potgieter said it was a challenge both mentally and physically to prepare for a downhill race of this calibre against the best elite riders in the world.

“It is quite tough to work out how much time you need for practice and bike set-up before the qualifying round. All the guys you race against are the fastest in the world.

“The key to a good world cup race is to get to know the track as much and as soon as possible, as well as your bike set-up.

“That is why training on the track well in advance is so important.”

He had just had “two good races” in Germany and said he was feeling confident ahead of the event in Scotland.

“I am feeling pretty good on my bike this year,” Potgieter said. “I have switched to a bigger bike, the YT [Industries] new downhill bike, and I feel really good on it.

“I have had two good races in Germany leading up to this so I am feeling confident.”