Ashleigh Parsons has left her comfort zone to race on the European circuit for six weeks.

The 18-year-old Wellington Huguenot High School product is based in Hamme, a small town in Belgium, and is riding for a Lithuanian team called Cannibal.

She earned the opportunity when she competed in the Pedal Power Association League, which consisted of six events across South Africa. 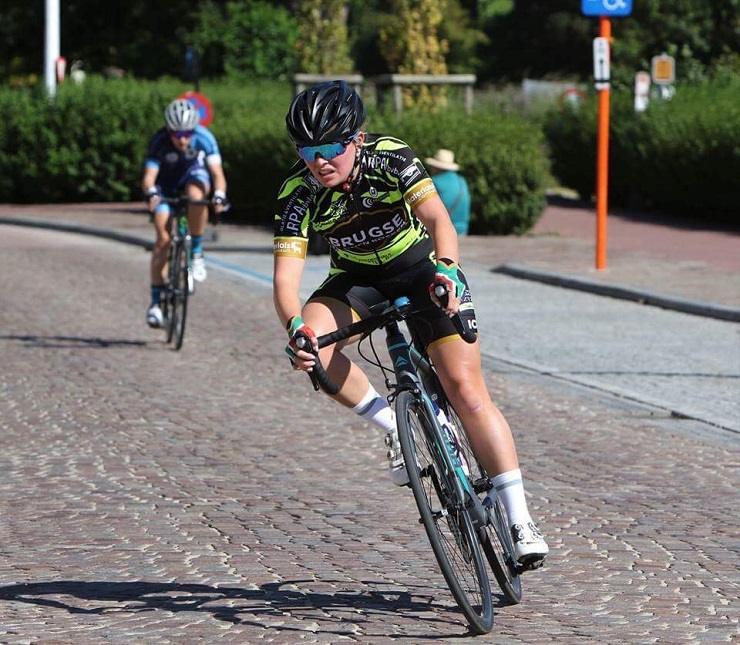 South African Ashleigh Parsons, who has been racing for a Lithuanian team, Cannibal, in Belgium. She will be in Europe for six weeks. Photo: Supplied

“We had to accumulate points and I won the junior girls’ category. I received a cash bursary to fund a trip to Europe,” she explained this week.

The friendliness of the locals and their willingness to help the South African riders has impressed her. “This takes the edge off the nerves,” she said.

However, the grass is not always greener on the other side. She has discovered that it could be a challenge to get to and from race venues.

“You sometimes have to take a three-hour train ride or a long drive to get to a race. This can be stressful because some races are in the afternoon or evening and you probably won’t get home before 10pm.

“But you just have to take it as it comes and adapt. You have to plan well to make sure your trip is as comfortable as it can be.

“I’ve learned that you won’t achieve anything if you’re not willing to step out of your comfort zone.”

She feels racing in Belgium is “ten times harder” than at home. “Cycling in South Africa is developing, but racing in Europe is a whole different game.

“You have to adapt to living and weather conditions, and a very high level of racing.

“This is where you’re going to learn most. You can acquire skills and gain knowledge to take back to South Africa; to contribute to the future of the sport.”

Parsons, the daughter of former Junior Springbok cyclist Colin Parsons, began racing when she was seven years old. Her biggest dream has been to race professionally; to make cycling her job.

“The racing in Belgium is harder, faster and far more technical than in South Africa. You’re forced to race completely out of your comfort zone. I want to soak up as much as I can in terms of skills and knowledge.”

Her advice to young cyclists who are thinking of riding abroad is that they should not to go with large expectations. “Take it as a learning curve so that you can go home and know exactly what to work on.”