Team Dimension Data are preparing for a sprinters’ contest at the inaugural Adriatica Ionica Race starting in Jesolo, Italy, tomorrow. 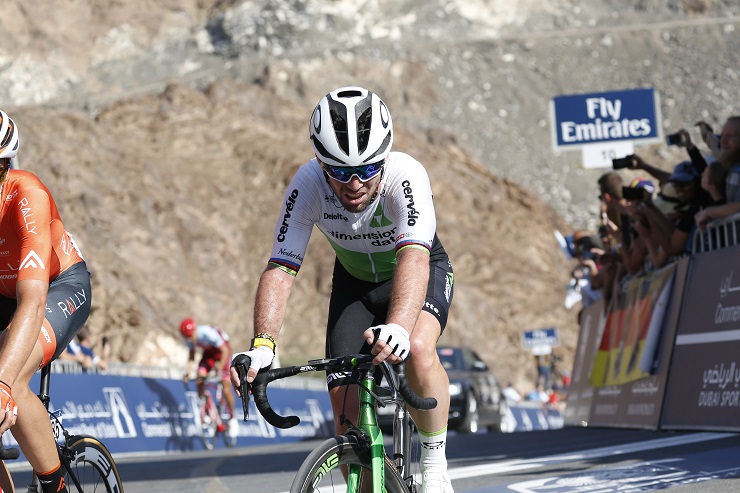 Team Dimension Data are preparing for a sprinters’ contest and their strategy will mainly revolve around Mark Cavendish at the inaugural Adriatica Ionica Race. Photo: Yuzuru Sunada

The tour starts with a flat 23km team time-trial, while stages two, four and five are more geared towards sprinting. Stage three is better suited to the climbers as it finishes atop the Passo Giau summit.

The team’s strategy will mainly revolve around Cavendish, who will be aiming to get a few more sprints under the belt ahead of the Tour de France which starts on July 7.

Gibbons, a renowned sprinter after reaping many successes on the fast stages of the last two Giro d’Italia Grand Tours, could also play a vital role for the team.

“It is always nice to start the first edition of a race in a region that does not see much top-level racing,” team sport director JP Heynderickx said.

“For us, we don’t have a rider for the Passo Giau stage [stage three] and therefore the GC. Our focus is to give Mark and the team the opportunity to complete their final preparations ahead of the Tour [de France].”