South Africa’s Reinhardt Janse van Rensburg will take part in his first WorldTour event of the season when he lines up for Team Dimension Data in the nine-stage Tour de Suisse, starting in Switzerland tomorrow.

The race is one of the final opportunities riders have to stake a claim for selection ahead of the Tour de France, beginning on July 7. 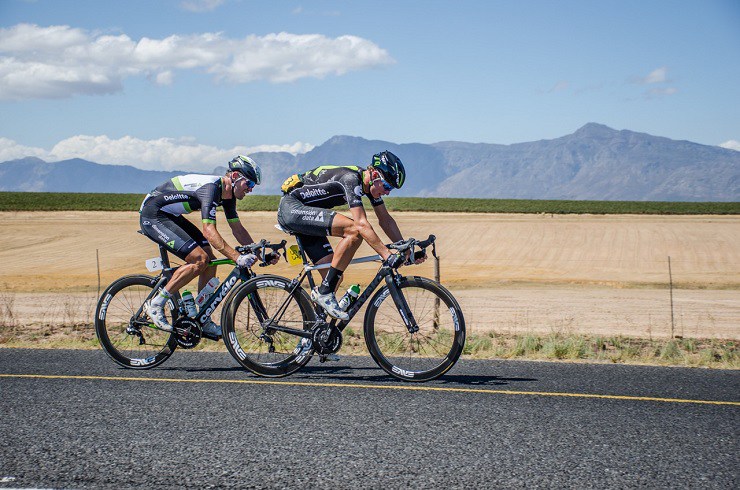 Reinhardt Janse van Rensburg (left) will take part in his first WorldTour event of the season when he lines up for Team Dimension Data in the nine-stage Tour de Suisse. Photo: Stuart Pickering

Having ridden in the 2017 French Grand Tour, Janse van Rensburg will be hoping a strong performance will see him gain selection for this year’s 21-stage event.

He did take part in two stage races in May following his return from injury – the Tour of Norway and Tour des Fjords – but Janse van Rensburg said he was glad to be back in action on the WorldTour circuit.

“I am very happy with my progress over the last two months and I hope to continue it from here with the team.

“We will fight hard as a team for some good results in the tour.”

The tour will start with an 18km team time-trial, followed by two stages westwards – one of them tipped for the Classic specialists – then four climbing stages. Stage eight is a 123km circuit with the final stage a 34km individual time-trial.