The other members of the team were Australian Mark Renshaw, who came 82nd, Ryan Gibbons (84th) and Nicholas Dlamini (101st).

“It was a nice race, overall,” Thomson told In the Bunch today. “We did really well as a team.” 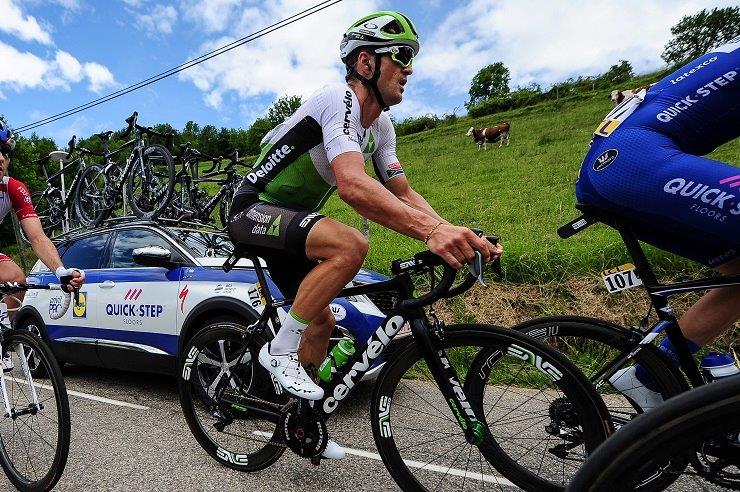 They started well by finishing fourth in the team time-trial but their general classification ambitions were gone after stage three, a 158.3km ride to the Passo Giau summit.

The team, with Cavendish in the leadership role, had gone into the five-stage race well prepared to help him get a few sprints under his belt ahead of the Tour de France, which begins on July 7.

As a result, none of the DiData riders finished near the top in stages two and three.

“Stage two was a typical Italian-style race that finished with three small climbs. We did not have the best of days.

“The next stage was a monster, going up Passo Giau. That was basically a survival day for 99 per cent of the bunch.

“It was a mountain day, so we did not have anyone for the GC,” said Thomson, who finished 72nd, the team’s best place on the day.

They did better on the final two stages. “There were two dirt sections in the last 25km of the fourth stage, which decreased the bunch to about 30 riders. After those gravel sections we had numbers at the front; about five guys among the 30.”

The team then maintained their ascendency on the final stage, in which Cavendish finished second.

“We had a pretty good day, position-wise, on the circuits to keep our places at the front,” Thomson said.

“We tried to set up a good lead-out for Mark and it was good to see him sprinting after all the problems he had had earlier this year.”

Thomson was also satisfied with his own contribution. “I was able to do good pulls and to push in the team time trial.

“I felt strong on the mountain day, but my job was to make sure the sprinters get through with as few problems as possible.

“Despite a fall midway through stage four, on one of the descents, it went well. I was right at the front with about two-and-a-half kilometres to go, trying to chase down the breakaway.

“We did not win, but we had Mark Renshaw, Reinardt and Mark Cavendish in the final chase. I also had Ryan with me, so it was good to say we had five guys in the top 30 after such a long day.”

Thomson was particularly happy about Janse van Rensburg’s return after a long layoff because of an injury.

“It was good to race with Reinardt again,” he said. “The season had not started well for him but he was on the up and in a good space. He has come a lot further than I thought he would. I look forward to seeing him get stronger as the season unfolds.”