Astana’s Oscar Fraile attacked halfway up the final climb to power his way to victory on stage 14 of the Tour de France, which finished at the airstrip above Mende in the Massif Central today. 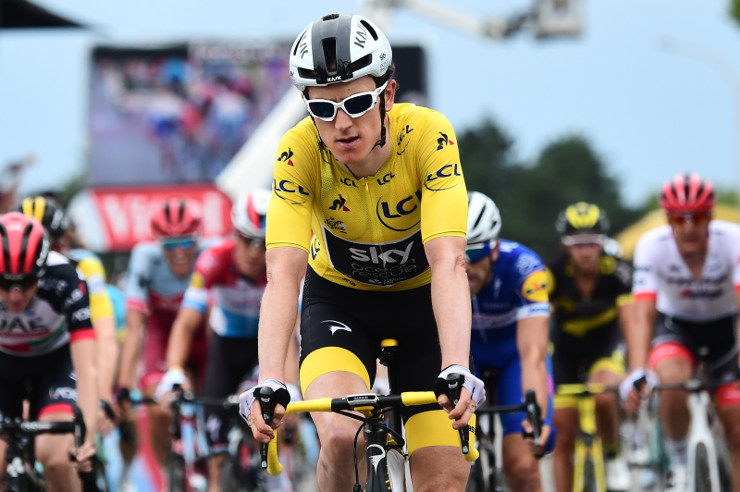 Fraile timed his surge on the steep 3km final climb to perfection to catch and pass Trek Segafredo’s Jasper Stuyven around 500m from the top, which came 1.5km from the finish.

The Belgian, who is better known as a classics specialist and a former winner of Kuurne-Brussel-Kuurne, started the ascent with an advantage of around a minute-and-a-half after going clear of the day’s break with 33km to go, but faded in the final three kilometres.

He was also caught by Quick-Step Floors’ Julian Alaphilippe as they went over the top and the latter beat him in the sprint to take second – six seconds behind Fraile.

Green jersey wearer Peter Sagan, who placed fifth when the Tour last visited Mende, went one better after pacing himself to perfection on a tough 188km stage from Saint-Paul-Trois-Châteaux that hardly suited his strenghts.

The main peloton, which contained all of the general classification contenders, slipped to around 20 minutes behind the breakaway group of about 30 riders by the time they hit the town of Mende, which marked the start of the final climb.

LottoNL-Jumbo’s Primoz Roglic, fourth overall, gained a few seconds on those ahead of him in the general classification when he attacked on the ascent and held them off in the run-in to the finish.

Behind the Slovenian the top three riders overall – Sky’s Geraint Thomas, Chris Froome and Sunweb’s Tom Dumoulin – finished together after cresting the climb together.

Thomas leads Froome by 1:39 in the general classification with Dumoulin a further 11 seconds adrift.