Yolande de Villiers will try to add a third Jbay Windfarm MTB Classic title to her palmarès when she lines up for the 85km race in Kabeljous on Saturday.

The Silverback-Volvo rider, who has won the event for the past two years, plans to push hard from the start, create a gap and try to maintain a steady pace.

“I’ll go hard on all the climbs, but try and relax on the downhills. It will be important to keep the pace as high as possible,” she told In The Bunch today. 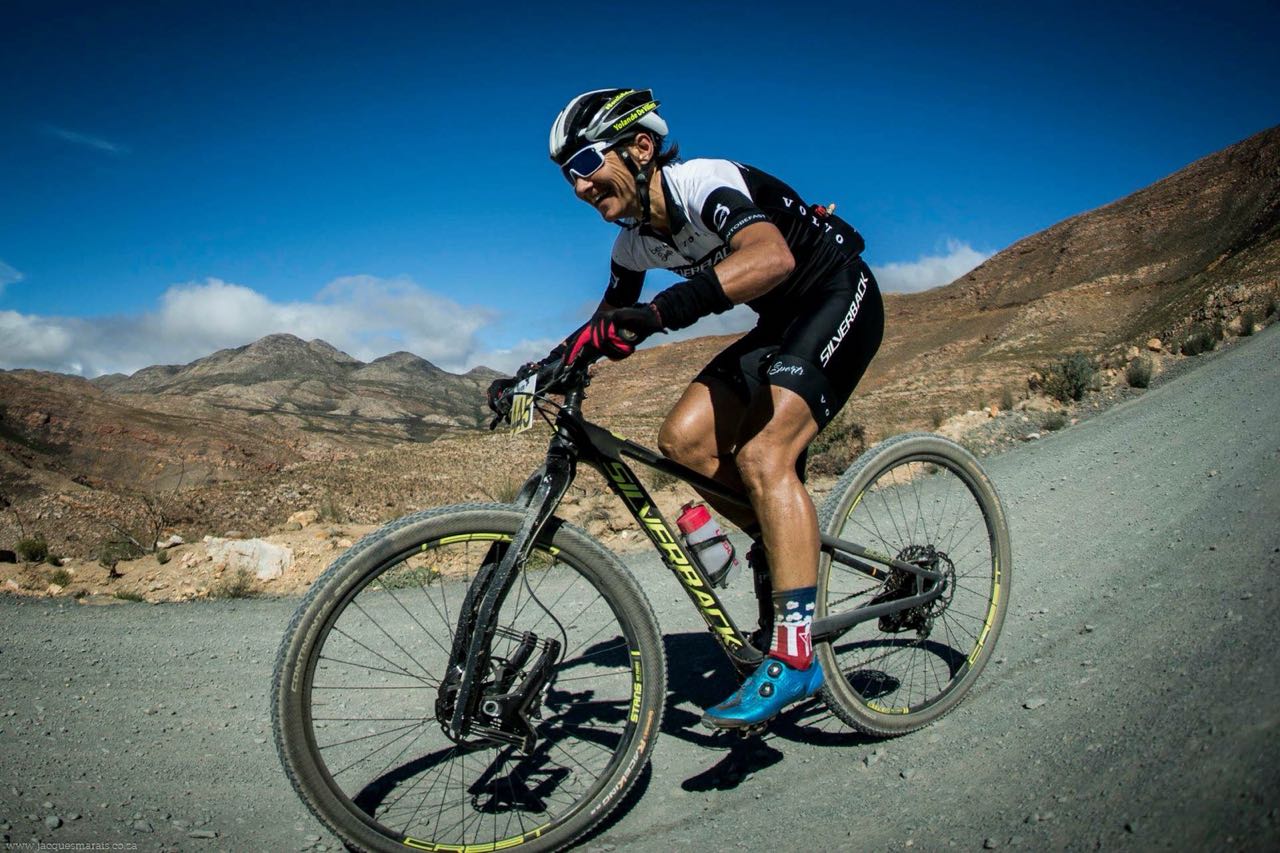 Silverback-Volvo’s Yolande de Villiers hopes to claim a third JBay Windfarm MTB Classic title when she lines up for the race in the Eastern Cape on Saturday. Photo: Jacques Marais

“I’ll also have to ride safely and hope I don’t suffer any mechanicals, because the terrain is tricky and has lots of rocks.”

The two-time champion said she enjoyed the sharp and short climbs on the route. “They’re nice power climbs. You have to ride hard over them and I love that.

“It’s also so beautiful to ride underneath all those wind turbines.”

De Villiers will line up alongside her friend and rival Anriette Schoeman, who has three JBay Windfarm MTB Classic titles behind her name.

“I have great respect for Anriette,” De Villiers said. “I sent her a message after she won the Knysna Cycle Tour and told her what a legend she is. She remains the icon of women’s cycling in South Africa.

“It’s always difficult to go into a race against her, but I’ll take it from water point to water point and just give it my best.”

The Oudtshoorn resident said she loved racing in the Eastern Cape because the routes were rough and technical and she thrived on that type of terrain.

“It’s a stunning event and a stunning area. The people are just fantastic. It’s a proper ‘kuier’.

“The organisers make the routes better each year; adding new single track or bridges. I’m always curious to see what it will be.”

De Villiers said Saturday’s event would fit in perfectly with her build-up towards the rest of the season, which included participation in the Cape Pioneer Trek in October.