Steven van Heerden will have another shot at a victory in the Jock Classic in Nelspruit on Saturday after losing out to Brendon Davids last year.

The BCX rider, who is known as an excellent track cyclist, lost by just over three minutes when Davids finished first in the one-day, three-stage race a year ago. 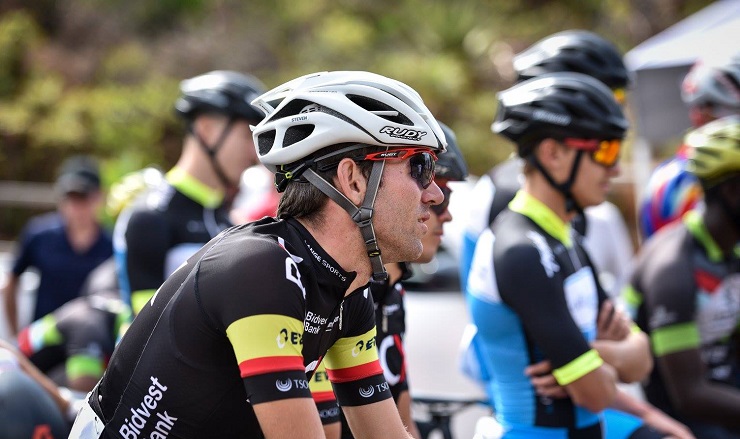 Steven van Heerden (pictured) will have another shot at a victory in the Jock Classic in Nelspruit on Saturday after losing out to Brendon Davids last year. Photo: ZC Marketing Consulting

But Davids is now riding for an Australian-based team, Bennelong Swiss Wellness, and will not compete in “the Jock” this weekend.

“I have to improve on last year’s position,” Van Heerden said today. “I’m quite familiar with the roads, because I have spent considerable time training and racing on them.

“I know what to expect in terms of the terrain,” the Kempton Park resident said.

The transition from track to road, and vice versa, could count in his favour.

“It’s always nice to see my form translate from the track to the road and vice versa.

“The three stages in one day could suit me because on the track one competes in up to five events on a day. My body has become used to on-and-off, stop-and-start racing.”

The 24-year-old recently spent a month racing in T-Town, the American cycling hub where he focused on track riding.

It made him feel sure that he would have enough speed, but he is unsure about mountain climbs.

“On the first stage I’ll have to gauge my form against the other riders and find out how I feel going up the climbs. After that, I will reassess,” he said.

“Last year I lost the race going up the Long Tom Pass in the third stage. That can make or break the race.”