The ProTouch rider beat BCX’s Nolan Hoffman and Office Gurus’ Ryan Harris in the final dash for the line. 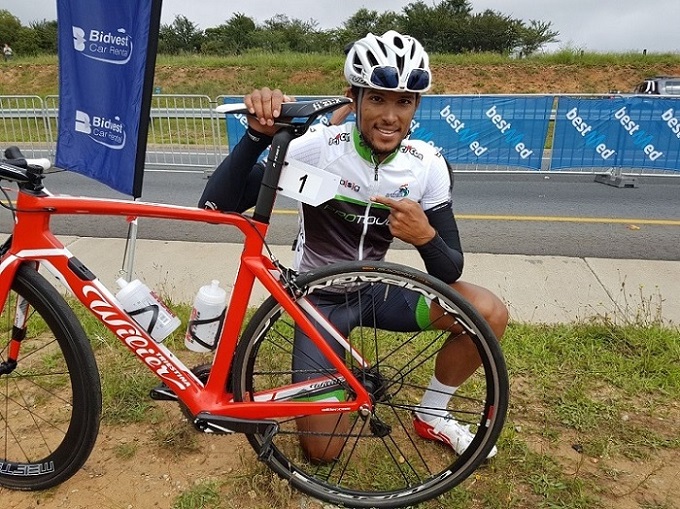 Before the race Hoffman was targeting a hat-trick of Cycle4Cansa titles at this year’s edition and Butler was delighted to get one over the experienced BCX rider.

“It is always good to get this win in the bag especially knowing how eager the other guys were, such as Nolan who was targeting his third [win],” Butler told In the Bunch today.

“I’m very happy with how the day went and how my body reacted on the day.

“In terms of sprinting, my confidence has grown as I’ve got good results and then backed them up [with others]. I’m starting to believe in myself more with each and every sprint.”

Butler said before the race that he expected it to be “flat and fast”, meaning it would most likely come down to a sprint finish.

It played out exactly that way and fortunately for him Butler knew what to expect in the final stretch, which played in his favour.

“I told the guys [his teammates] that we needed to go through a corner at the end,” he said.

“They then delivered me near to the front just before the corner and I was on Tyler and Dusty Day’s wheels [from Barzani Pro].

“We then started to line up for the final sprint and Nolan attacked early. I managed to hop onto his wheel and take the inside line where there was a gap.”

Butler and Hoffman stayed at the head of affairs for the final sprint and the race at that point was going to be decided between them.

“After I saw the gap I just went [for it]. There was a bit of argy-bargy, but I was fortunately able to move just ahead of him and take it at the end.”

The East London local said most of the teams were gunning for a bunch sprint, meaning breaks failed to stick during the race.

“Many riders made moves here and there but nothing really stuck,” he said. “We were just happy for it to come down to a sprint and the team was optimistic [throughout].

“They delivered me well towards the end near that corner, which I’m thankful for. I’m looking forward to what should be a good second half of the season.”

Butler and the team will now turn their attention to the Tour de Maurice, a six-stage race taking place in Mauritius from September 10 to 15.