South Africa’s Robyn de Groot is preparing to tackle an “epic route” when she lines up for the UCI MTB Marathon World Championships in Auronzo, Italy, on Saturday.

“It has loads of climbing and I’m not a mountain goat, but if I have a good day then I can do pretty well,” said De Groot about a route that covers 89km with a difference in altitude of 3 400m.

“It’s an epic route and a super tough course in the Dolomites of Italy, so I expect to climb like in no other event in SA.” 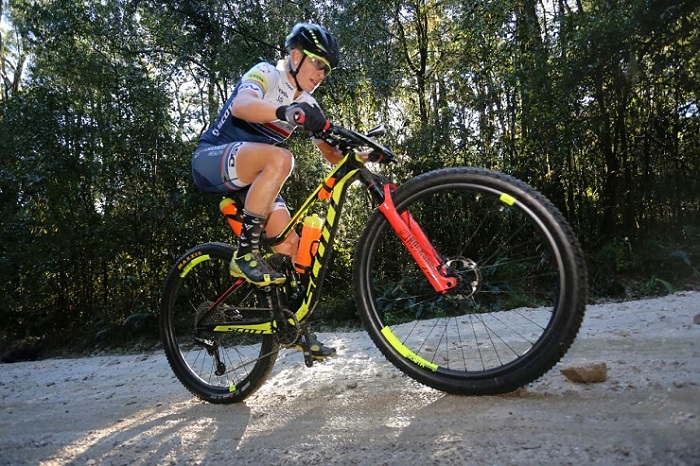 De Groot felt it would be a race of attrition and said her strategy was to read it well and know when and where the pressure points would be.

“Races with profiles like this often require a good pacing strategy, so I will go in with my own and do my best to stick to that.”

She added that she felt fit and in form, but sometimes battled with an injury that limited her performance.

“My hope is that if on the day it plays up I’ll manage my body and mind and never give up.”

De Groot said when she raced she gave her everything and had positions in mind that she would be “super stoked” to achieve.

“I’ll race the race on the day and as long as I cross the line having given everything I’ll be happy.”

The marathon mountain-biker, who placed 19th in Austria in 2013, sixth in SA in 2014 and 10th in Germany last year, said the world champs was always a special event and it was an honour to represent her country.

“It’s also a privilege to have been able to come over to Europe to race here pre-worlds. It would be impossible without my sponsors who have contributed to my trip.

“I always hope to perform well for South Africa.”

A number of local riders, such as Gert Heyns, Stuart Marais, Amy McDougall and Samantha Sanders, had to withdraw due to lack of financial support.

“The biggest challenge is getting here and finding support to be able to race at the highest level at a world championship,” said De Groot.

“It’s a self-funded trip and fortunately I received some help.”

She added that the other obstacle was to get support out on the course for feeding and technical assistance.

“There I’m very grateful to Sabine Spitz who has helped me slot into her infrastructure. So all in all we are on the right path.”