South African professional cyclist Declan Sidey has decided to put his racing career on hold due to adrenal fatigue, according to a recent social media post.

Sidey, who specialised in mountain-biking, said the decision came “after a lengthy process and some deep thought”.

“Over the last 12 weeks working with various different sports physicians and an endocrinologist, the decision has been taken that a complete detachment for an indefinite time period, all things considered, is the best way forward,” he stated in his post.

The 24-year-old said he had pre-existing anxiety and sleeping problems which were not uncommon and manageable amongst athletes. 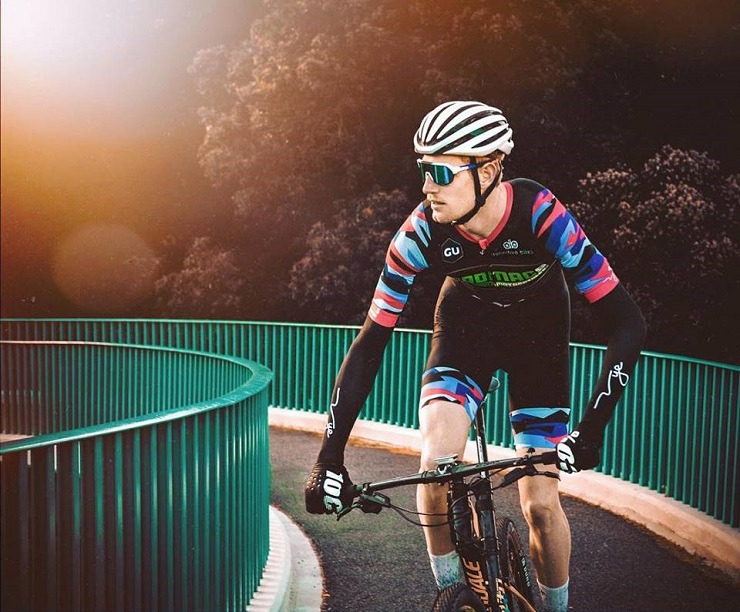 South African professional cyclist Declan Sidey has announced that he is withdrawing from professional racing for an indefinite period. Photo: Stefano Maiorana

“However, as adrenal fatigue set in my anxiety worsened and for the first time I was clinically depressed, something very few people would have known until now.”

The 24-year-old, who won the Ngwenya Glass MTB Challenge in Swaziland last month, added that this came after an extensive grind during which he had achieved everything he had been working towards.

“My own home with my best mate, a lovely girlfriend albeit far away, forward-thinking sponsors and big race schedules. This for me was the worst part, being so fortunate, yet extremely unhappy.

“The effects of adrenal fatigue had been making life extremely unpleasant. I was still training, travelling, racing, sometimes winning, other times getting smoked but one thing was constant, regardless of the result, I was shattered – unbeknown to me for good reason.”

Sidey, who won the overall PE Plett men’s race with Shaun-Nick Bester in March, added that he believed the cause in his case had been a combination of factors.

“Continuous stress and relentless pressure from the middle of last year with regards to results, studies, contracts and relationships are what I attribute it to. Whatever the cause, it’s time to find a solution.”

Sidey, who placed third overall alongside Shaun-Nick Bester in this year’s joBerg2c, said having raced professionally for almost four years he had sacrificed abundantly.

“Cycling has returned the favour and given me everything I call mine and made me the person I am. It’s taught me more than I could ever have imagined – primarily how to deal with disappointment, a lesson I’m fortunate to have with me facing the challenges going forward.

“Although racing has been a big part of my life, it’s not my whole life and not the only thing that defines me. The time has come to put my health first and explore my interests outside of the sporting world which, depending on how you look at it, can be quite exciting.

“Naturally I’m trying to embrace the circumstances and am actively exploring my interests and career opportunities,” he said in his Facebook statement that received great support from the public.

Sidey said he would now make bold changes in an attempt to significantly reduce stress and improve his mental and physical health as quickly as possible.

“I will not be sitting to write my CFA [Chartered Financial Analyst] exam in December but rather have a crack in 2019. I am also not running on any timeline for riding a bike.

“The people I have met and places I have seen have been wonderful and I know I’ve changed a few lives and inspired some people along the way. That is something I have always endeavoured to do and it makes me really gratified to this day – forget the results.

“I do still have goals I’d like to achieve at the highest level of the sport; if that ever happens is to be seen.

“Thank you to everyone who has been a part of this journey from when I started racing at fifteen to going big at nineteen and surfing the waves and troughs till now.

“All things considered, I am content despite the unfortunate circumstances as I gave my utmost best from the outset and throughout.”