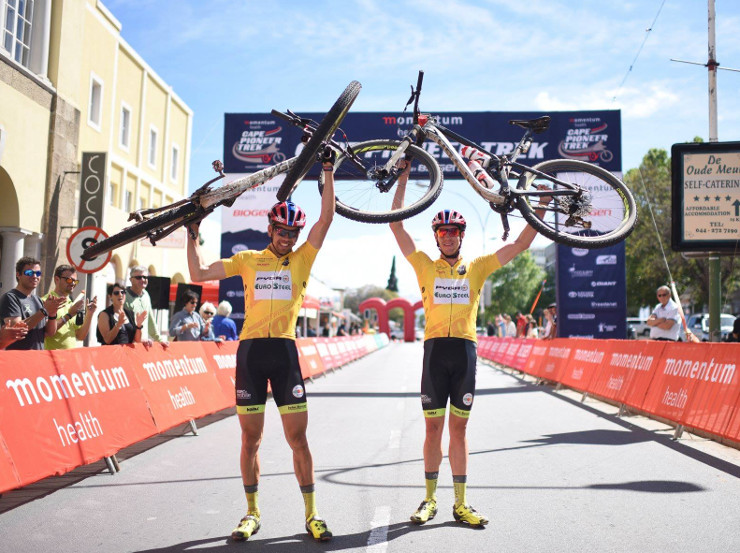 It was a hard-fought battle between the two teams as they alternated with stage wins throughout the week. View all the results here.

However, Hatherly and Andreassen could not make up enough time even after Hatherly crossed the finish of today’s stage first. The Pyga-Euro Steel duo of Buys and Beukes finished seconds behind him to secure the title.

Buys, who stays in Pretoria, said he enjoyed the tight competition.

“It is really good for mountain-biking as a sport in South Africa and it forced us to push beyond what we thought we were actually capable of.”

He added that it felt good to be back to his best racing form and that it was incredible to have won the race for his first time.

“I had not done a serious stage race in ages and was quickly reminded of how sore the legs get from competing at this level.”

NAD MTB’s Matt Beers and Gawie Combrinck took the final spot on the podium with a time of 21:24:55.

The women’s event was won by international German-Dutch pair Cemile Trommer and Karen Brouwer in 25:26:25.