Pieter du Toit will be hoping to break his bogey with a win at the 947 Mountain Bike Challenge, which takes place in Johannesburg this weekend.

Du Toit, 19, finished on the podium both last year, when he came third, and in 2016 when he placed second, but has yet to fill that top tier. 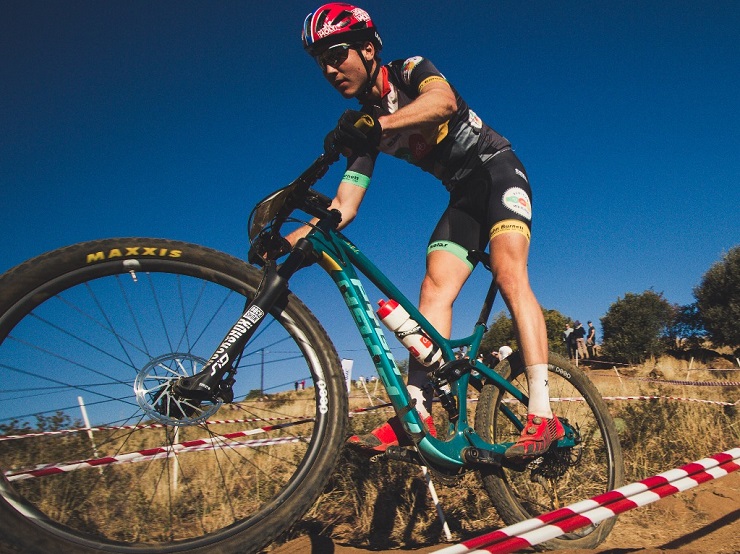 Pieter du Toit will be hoping to break his bogey with a win at the 947 Mountain Bike Challenge this weekend. Photo: Milan de Beer Photography

The PYGA Euro Steel rider is hoping for yet another consistent performance this time round.

“I would like to try to stay on the podium,” Du Toit told In the Bunch today.

However he is wary of title holder Wessel Botha, who just won the Wines2Whales Shiraz alongside Matt Beers last weekend.

“Wessel is usually there and he’s really fast, so I will have to see if I can take him.

“But he’s looking really strong, especially after winning the Wines2Whales. We’ll just have to see how it goes.”

The 55km route was punchy, Du Toit said, which normally suited him.

“It’s quite short and there are a lot of single-track sections. The finish has a hard climb, which is where I took control both previous times.

“Let’s see if I will be able to stick on the climb [again] this year.”

“I’m feeling very good and strong at the moment. I’m quite confident and keen to do the race.

“This will be my second-last race of the year so I’m hoping to make it count,” Du Toit said. His final event would be the Desert Dash in Namibia where he would race as part of a four-man team.