This was the third announcement this month of South African teams having successfully applied for Continental status, with TEG Procycling and ProTouch being the others to take the plunge.

Up till now Dimension Data for Qhubeka were SA’s only Continental team. But with the addition of the aforementioned three teams the country will boast four from next year.

Van der Merwe, co-owner alongside his older son Anton Junior, said today they had decided to form a balanced team by combining up-and-coming under-23 riders with experienced ones. 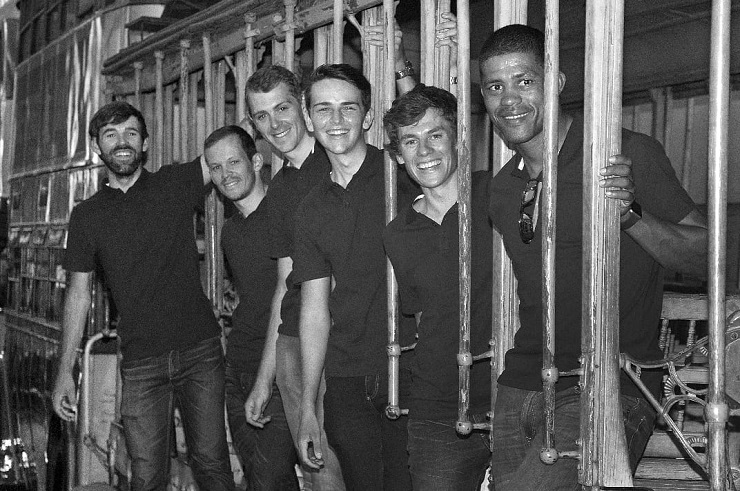 As a result the experienced former BCX trio of Nolan Hoffman, Steven van Heerden and David Maree had come on board.

The team will be led by renowned SA cyclist Bradley Potgieter, who joined Vandergroup in April to take on a mentorship role.

“In the first four months of 2019 we want to make sure we establish a well-organised and structured team who bond and work together like a family,” Van der Merwe told In the Bunch today.

“We want the riders to settle into a good set-up.”

Vandergroup is still a relatively new team having only made their debut at the Tour de Limpopo in April.

Van der Merwe said he felt the team had grown by leaps and bounds since its inception.

“I believe we have shown over the last few months that we can be competitive at the top level of racing,” he said.

“The riders have trained very hard and worked very well together to get themselves and the team to where they are today. I thank them for that.”

He also thanked Cycling South Africa and North Gauteng Cycling for their contributions towards making the process a success.

The team was originally established to develop young cyclists into professionals and Van der Merwe said he believed the addition of the experienced trio, along with Potgieter, would add great value.

“The young guys will only learn more from those senior and more experienced riders in the years to come.

“We will have a structure in place to develop our juniors into top riders.

“Looking back at this season we can say that we have achieved our goal for this year.”

Van der Merwe felt it was of paramount importance for cycling in SA that several teams gain Continental status.

“It is great to know that we will be sharing Continental status with TEG and ProTouch.

“Those are two teams with good structures and I believe having the three [additional] Conti teams is a big leap forward for SA cycling.

“It provides such a big opportunity for cyclists in our country.”

The team will participate in the UCI Africa Tour where they have planned to compete in six events, as well as all the major classics and tours in SA.

Ryan White will serve as the team’s director of sport.

The full Continental squad of nine is as follows: