Team Dimension Data’s Mark Renshaw was struck by a vehicle yesterday while out on a training ride in his home town of Bathurst, Australia, the team reported.

As a result of the accident Renshaw fractured his left pelvis which will sideline him for three to four months, head of medical Dr Helge Riepenhoff said.

Riepenhoff said Renshaw would not, however, require surgery. 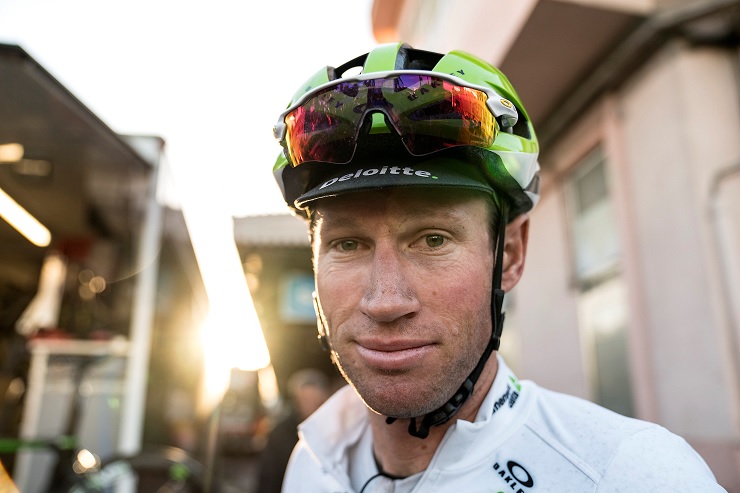 Team Dimension Data’s Mark Renshaw (pictured) was struck by a vehicle yesterday while out on a training ride in his home town of Bathurst, Australia. Photo: Supplied

Renshaw had been training in his home town since the conclusion of DiData’s annual training camp in Cape Town. He was set to get his 2019 season under way at the Australian National Road Championships in early January.

“I was heading back out on the road for the final two hours of my five-hour training ride and as I entered a roundabout the car looked like it was going to stop,” Renshaw said from his hospital bed.

“I assume the driver didn’t see me and I hit the front right of the car and flew over the bonnet, landing heavily on my pelvis.

“I’m not sure if the impact with the car or the ground caused my injuries but it was definitely a scary moment as you now realise it could have been much worse.”

He added that he was “devastated” his pre-season training had been hampered by the accident.

“I was planning a big start to 2019. I returned from our training camp super motivated for next season and I was already into serious training for January’s racing,” Renshaw said.