The Westfalia three-bike rack, which has become a favourite with South African cyclists, has been available in the country since the beginning of this month.

Distributed by Positive Sports Solutions, the bigger option has been in demand by customers in the Southern Africa Development Community.

It follows the popularity of the two-bike option, which was brought to the country earlier this year. 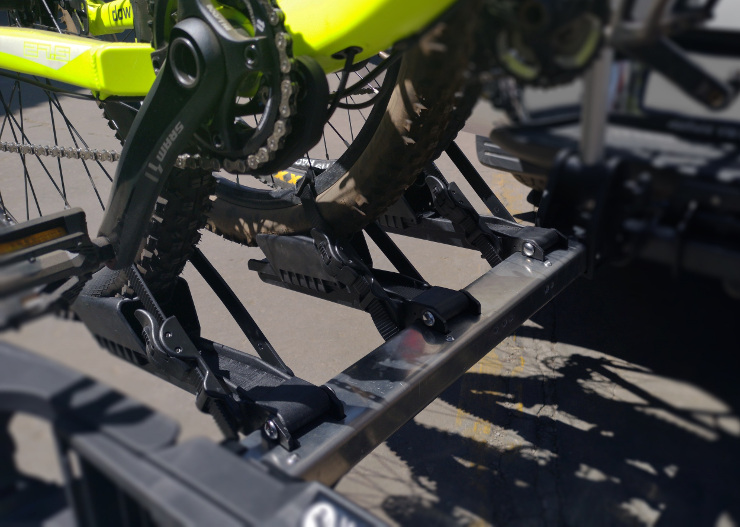 Now Positive Sports Solutions has gone a step further to satisfy a growing call for the slightly bigger option.

David Pieterse, the company’s product and technical manager, said they had received “loads of requests” from cycling enthusiasts for the next option.

“I think you find, as a cost factor, many people club together to attend races nowadays, so it’s obviously better to transport as many bikes as you can.”

The good news for those who want to transport equipment is that the three-bike rack is almost identical to its smaller cousin and operates in the same way as the two-bike rack.

“It complies with all the necessary legislation and has been tested in exactly the same way as the two-bike rack,” said Pieterse.

“All the racks have been TUV-tested and the three-bike rack is as stable as any other.”

Being TUV-tested means the product has been examined to international standards and has satisfied all the requirements.

He added that the locking system was the same for the bigger rack and that it could carry mountain bikes, road bikes and E-bikes.

“The three-bike racks are available at all cycling stores or you can purchase them through our website [www.positivesportssolutions.co.za] at the same price as in the retail shops.”