South African road champion Carla Oberholzer is banking on good team work and clever racing when she sets out to defend her title at the national championships in Pretoria on Saturday.

She will line up alongside fellow Demacon Max Wax teammates Heidi Dalton and Azulde Britz for the 136km race that takes place along the Soutpansberg Road.

A 26km individual time-trial around the Rooiwal circuit will take place tomorrow. 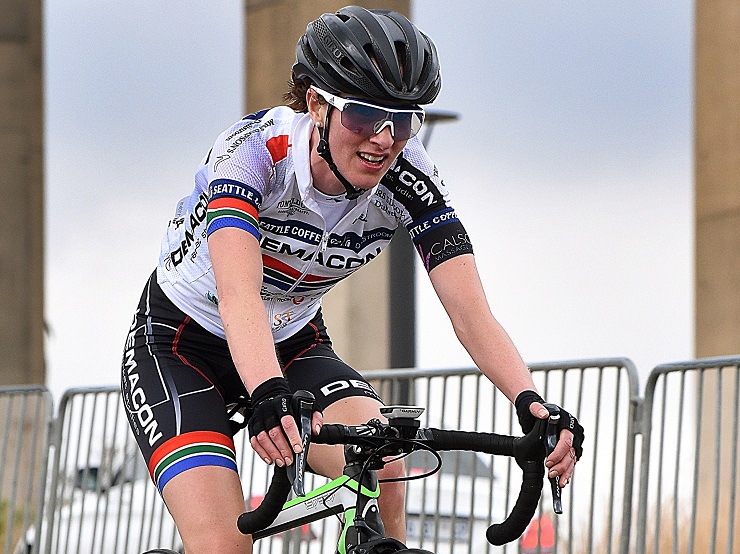 Oberholzer said good team work would prove crucial in their quest to win.

“I haven’t been able to look at the route yet, so it’s difficult to say what my strategies will be but on paper it looks challenging.”

The 32-year-old said as a team they always raced to win and their goal would be to retain the jersey.

“Every year at nationals is tough due to the title that is available.

“The time-trial start list seems to have some good depth, so I’m hoping this also translates into a good field for the road race.”

Oberholzer said nationals were the most important race of the year for them, but success there did not guarantee success for the rest of the year.

“If you don’t win you can still have a good season later on.”

She added that wearing the jersey for the 2018 season was an honour and a privilege.

“Every time I rode in it I was proud to do so and I tried to race in such a way as to do justice to the jersey.”

“My highlights included winning the national champs itself and then Amashova for the second time and 947 for the first time.

“The lowlight was when Sascoc decided to not send a ladies team to the Commonwealth Games.”

She added that she did not necessarily feel pressure to win races while wearing national colours.

“Rather, I experienced a feeling of increased motivation. The jersey almost gives you that little bit extra to leave out on the road.”