Riding for ProTouch, the 29-year-old Butler added the 107km feature race title to his Ride for Sight victory in Boksburg last weekend, crossing the line in 2:30:37. 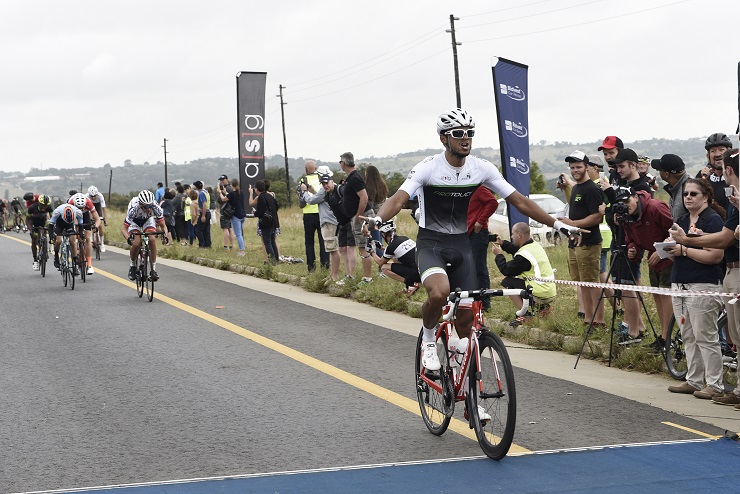 Demacon Women’s Team rider Oberholzer picked up her third title of the year, adding to the national road race crown and the Ride for Sight title.

Butler said their teamwork was critical in the final outcome. 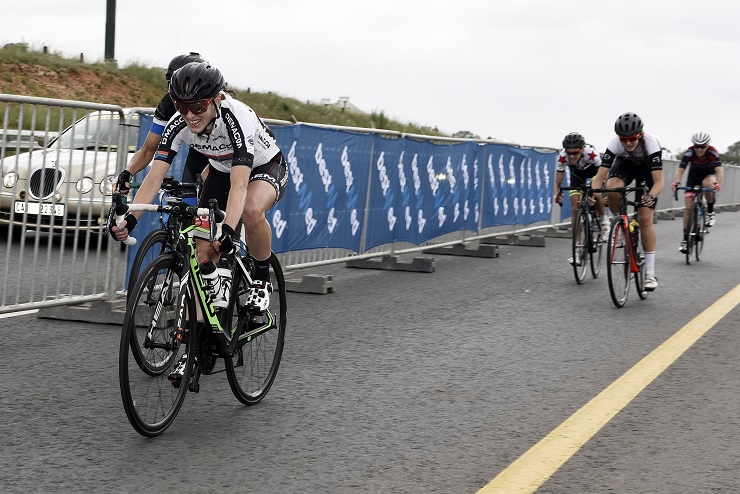 Demacon Women’s Team rider Carla Oberholzer leads the bunch home in a sprint finish to capture the Bestmed Berge en Dale 107km road race at Muldersdrift in the West Rand today. It was her third win of the year, following triumphs in last weekend’s Ride for Sight and the national road race at the South African Championships. Photo: Mariola Biela

“Going into the last kilometre we had two of our team, Myles van Musschenbroek and Gustav Basson, leading,” he said.

“I know that Gustav has a nice kick so I used him to my advantage. He led me off with about 250 metres to go and I had the power at the end to finish off.”

In the women’s race, Oberholzer said she recovered nicely after battling up the climb early in the route.

“A group of eight broke away on the climb and we were joined by four more riders on the descent.

“From there we just rolled through the race and coming into the finish, it was really slow.

“My teammate Kim le Court then opened up with about 400m to go and Yzette got onto her wheel.

“I managed to get onto Yzette’s wheel and when I saw her go past Kim I knew I had to put in one last effort to get past her.”