Demacon’s Carla Oberholzer continued her good run of form with victory in the 116km Ride for Sight road race in Boksburg today.

Oberholzer, who won the SA National Road Championships road race in Oudtshoorn last weekend, said it was “great” to win her first race in the national jersey.

However, she said the victory came as a surprise. “We originally set out to race for my teammate Lynette Burger. Unfortunately, her DI2 gears stopped working in the last couple of kilometres.

“We had to make a quick change in tactics, which required me to sprint instead of her,” she said. “But it was another win in the bag for Demacon and we are very grateful.” 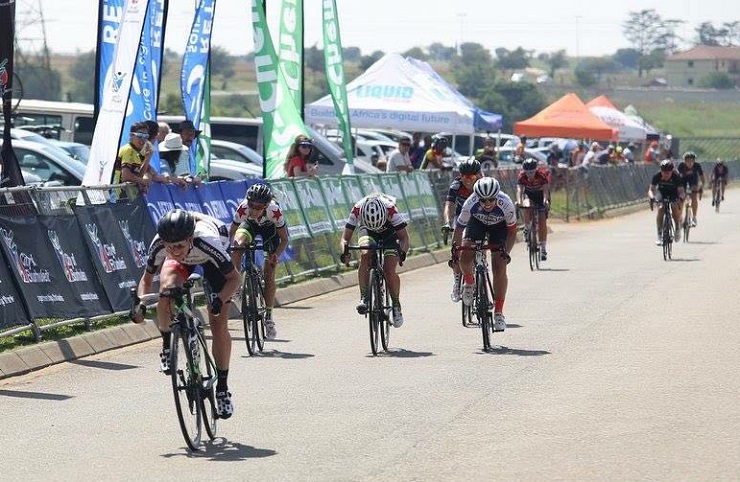 Oberholzer said the “real racing” only started just past the halfway mark.

“It started at a steady pace. Most of the girls [in the line-up] were contributing and rolling through smoothly.

“Then at about the 60km mark, on the climbs, Jo [van der Winkel] put in an attack which reduced the bunch to about 10 girls.

“We worked well together from there. Some riders kept trying to get away, but due to the strong headwinds it wasn’t quite possible. Our team managed to cover the moves quite easily.”

When the team’s tactics changed in the final kilometres, Oberholzer said her other teammate Heidi Dalton took over and played a great supporting role.

“She did a phenomenal lead-out, taking me through the corners and positioning me well. Lynette was behind me coaching me all the way as well.

“All I had to do was kick for the line and get across it first. Thankfully it worked out.”

The winds were the biggest challenge on the day, she said.

“There were strong headwinds. It wasn’t a case of using side winds to effectively use the gutter.”

Oberholzer said the win was a big morale-booster for the season ahead.

“I’m really blessed to be carrying such decent form at the moment. It is important for me to be able to give back to Demacon and Head Bikes.

“Above all, I’m grateful for the talent and ability that we have received to compete. I believe it is up to us to perform to the best of our capabilities.”