Jason Oosthuizen secured his first major road classic in his own backyard when he took the honours in the 20th edition of the Takealot Berge & Dale cycling race in Krugersdorp on the West Rand today.

The TEG ProCycling rider shaded the in-form Marc Pritzen in the final dash for the line up Krugersdorp hill, finishing in 2:29:09.

Pritzen (OfficeGuru Racing) was centimetres behind and credited with the same time, while Travis Barrett, also of OfficeGuru, was third in 2:29:23. 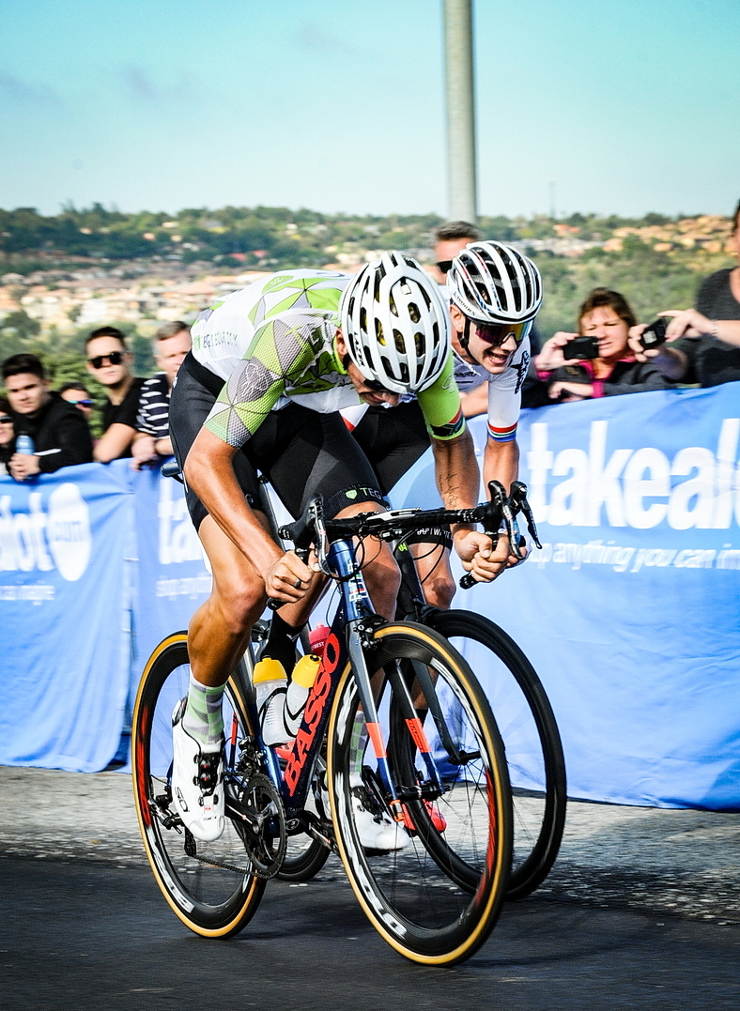 As a Krugersdorp resident, the 19-year-old Oosthuizen said it was a special feeling to win a race in a region with which he was familiar.

“I have raced it a couple of times and contended as a junior, but never won the event,” said the 2018 national U23 road champion. “So this was a really good moment for me and my team.”

Oosthuizen said the race boiled down to an attack on the Sterkfontein climb after a group of 15 riders had broken away around the 40km mark, creating a gap of two minutes, 15 seconds.

“Marc Pritzen [the current SA U23 road champion] attacked over the top and five of us – I, Marc, Kent Main, Travis Barrett and Chris Jooste – got away from the bunch.

“Marc then attacked again and I managed to stay with him as we got a gap on the other three.

“It was a difficult sprint up Krugersdorp hill because it’s a new one after they flipped the route, but luckily the timing was on my side and I managed to edge home on the line.”

Faced with a fresh route, which race organisers ASG Events changed to improve the safety aspect of the event, Oosthuizen said he felt it had been a good challenge.

“This route is a different ball-game because going through the Cradle [Cradle of Humankind] it is quite hilly and you have to consider your options.

“You don’t want to miss a big break in the start, but you also don’t want to spend all your pennies and not be able to contend when it comes to the climbs.

“It definitely provides a different perspective and makes for positive racing because you can’t just sit in the bunch and wait for the sprint – you have to race it.”

Oosthuizen said they would now turn their attention to the Takealot Tour of Good Hope in the Cape Winelands from March 4 to 8 before tackling the Cape Town Cycle Tour on March 10.

The defending champion crossed the line in 2:57:16, with Van de Winkel five seconds behind. Oberholzer’s teammate, Kim le Court, completed the podium in 2:57:51.

After her team dominated women’s cycling in South Africa last year, Oberholzer said it was “amazing to win again”.

“We have not had the best start to the year and the morale was a little bit low, but we always said we just need to keep our heads up.

“Our goal will always be to win whenever we compete and that goal has not changed. Today we rallied as a team and it’s good to be back on the top podium spot.”