One of the country’s most popular road classics, the 20th edition of the 108km event takes place on the West Rand, starting at the Silverstar Casino and finishing on the Krugersdorp hill. 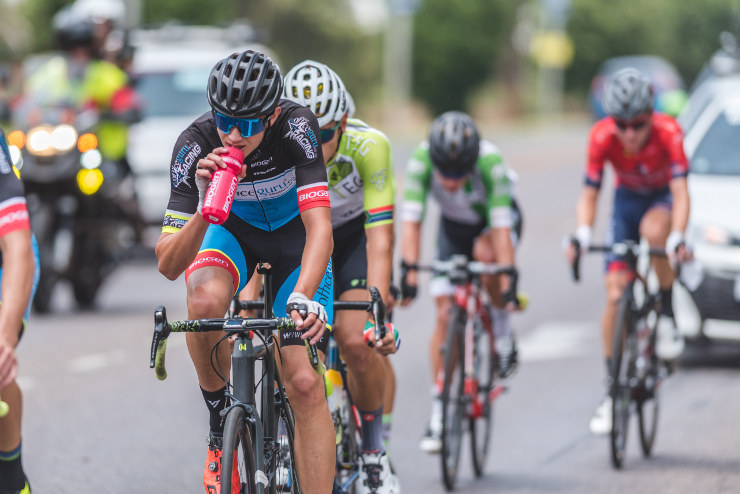 Marc Pritzen and his team, OfficeGuru Racing, will be chasing further success when the Takealot Berge & Dale road cycle race over 108km takes place in Krugersdorp on the West Rand on Saturday. Photot: Henk Neuhoff

After his win in the SA road championships, the 19-year-old Pritzen produced further success for his outfit when he won the Ride for Sight event last weekend.

While he took the honours, Pritzen said it was all about producing results for the team.

“If you look at the mood within the OfficeGuru camp, it’s been great,” he said.

“Team owner Jamie Taylor has put in an enormous effort and just to get a result for him makes it all worthwhile.”

He added they were motivated to continue that success in the West Rand classic.

“I think the team is in a good space. We are a young outfit, but we have a very good leader in Dylan Girdlestone to guide us in the right direction and all the members are hungry for a win.”

From Kempton Park in Johannesburg, Pritzen said his success this year stemmed from an injury he suffered in the Race for Victory early in September last year.

Sidelined for about six weeks by a punctured kidney and then illness, he said he switched his focus to the 2019 season.

“When my coach and I looked at the route for the SA road champs between Heidelberg and Pretoria, we decided that would be the focus,” said Pritzen.

“So I built up last year to the SA champs in February and winning that was a dream come true. And I have been able to carry on with that good form.”