Team Vandergroup’s application to gain Continental status has been rejected by the UCI after they failed to meet deadlines for securing adequate sponsorship.

The team announced last year that they had registered a Continental team for 2019, having successfully submitted their initial application documents.

But as part of the process the country’s federation, Cycling South Africa, required confirmation from the team regarding a “guaranteed way forward”, team owner Anton van der Merwe said.

“They were waiting for the confirmation of sponsors from us,” Van der Merwe told In the Bunch today.

“The main thing we fell short on was providing them with bank guarantees of being able to cover costs of salaries or any other issues that might occur within the team.

“We just couldn’t get the timing right and Cycling SA went out of their way to assist and even twice asked for an extension.” 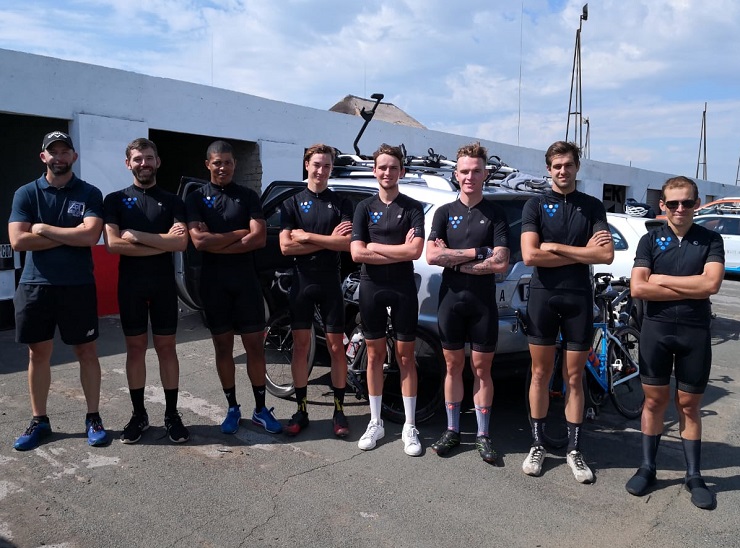 Team Vandergroup posing for a picture before the Fast One cycle race two weeks ago. Photo: Supplied

He said some major sponsors were only able to start providing backing at the end of February, which was deemed too late, while others “bailed out right at the end”.

“There were two really big [sponsorship] opportunities that we thought we were going to secure, but … we just couldn’t get it through.”

Van der Merwe stressed that the team had not folded as a result of the setback.

They will go back to square one with young riders Sias Joubert and Ruben van der Merwe representing the outfit this season.

Junior rider Damon Fouchee was also released and had since joined OfficeGuru.

“We just have to start slower and carry on. We want to provide opportunities for the many good young riders who don’t have teams.

“We get many requests from cyclists wanting to ride for us, so we’ll just try to assess that and fill out the numbers accordingly.”

Van der Merwe said they merely needed to sort out the logistics side of things. They hope to rebuild the team over the next few months.

“We just need to work on the smaller things and sort ourselves out. We went through a bad patch.

“The riders are very motivated and there are dreams. Later in the year we might still go to tours and get guest riders here and there.”

He said there were sponsorship opportunities in the offing which could come to fruition towards the end of the year.

The team’s immediate plan is to start a club-like team for young and up-and-coming riders as well as a professional set-up to give those same riders opportunities to work towards.

Go to Heartbreak for Team Vandergroup and let us have your opinion.