Norwegian Alexander Kristoff crossed the line first after 251.5km in the Gent-Wevelgem that finished in Wevelgem, Belgium, today.

He claimed a winning time of 5:26:08. John Degenkolb (Trek-Segafredo) was second, while Oliver Naesen (AG2R La Mondiale) completed the podium.

With just under 60km remaining, Peter Sagan (Bora-Hansgrohe), Matteo Trentin (Mitchelton-Scott), Mike Teunissen (Jumbo-Visma) and Edward Theuns (Trek) led on the first of the gravel sections. They had a 37-second gap to the chasing group. 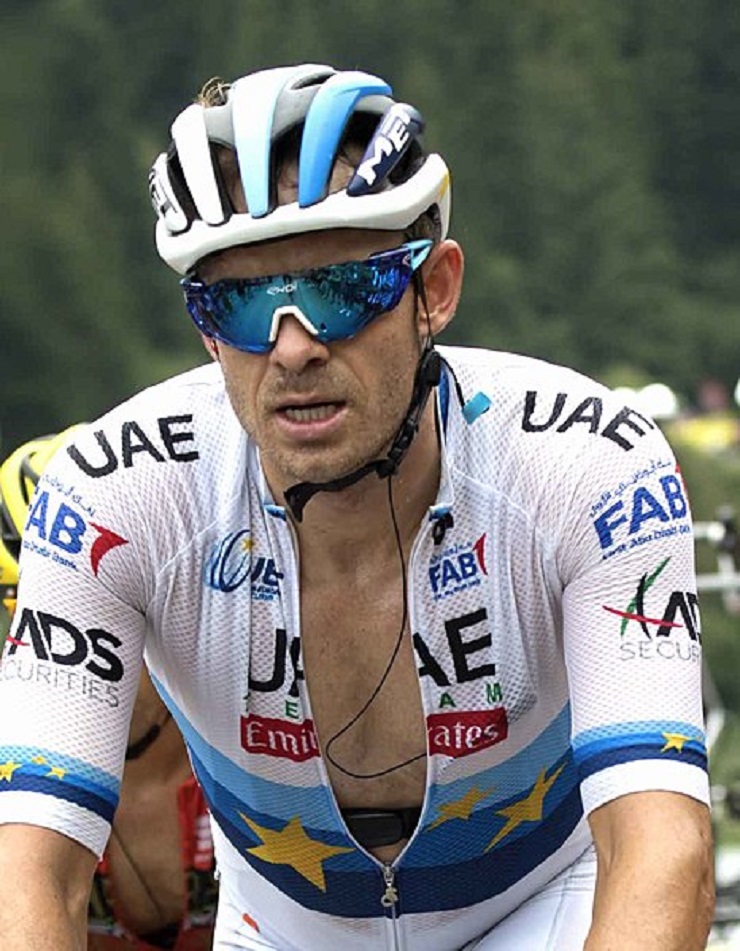 When the leaders hit the Catacombs, which was the third sector of gravel, the gap had come down to 35 seconds.

But with 49km remaining the gap was up to 49 seconds and Team Sky’s Luke Rowe attacked from the bunch, which resulted in him being 25 seconds down on the leaders.

Rowe made contact with the leaders 6km later. The five-man group had a 48-second gap to the chasers.

Kristoff (UAE Team Emirates) attacked shortly afterwards, which resulted in him being 30 seconds off the leaders.

With 36km remaining the leaders had a 42-second gap to the chasing bunch.

When the five leading riders hit the Kemmelberg, Sagan was on the front with Rowe soon taking over. This was followed by a move from Trentin.

This move resulted in him leading, with Rowe looking to follow. Zdenek Stybar (Deceuninck-Quick-Step) and Wout van Aert (Jumbo-Visma) then accelerated from the bunch.

The leading five came back together on the descent and they had 26 seconds on the second group, which consisted of Kristoff, Van Aert and Stybar.

With 27km remaining the Stybar group was caught and it was then only the five leaders up front with a 36-second gap.

A chase from Quick-Step took the gap down by five seconds and it was Stybar who was burying himself and then joined by Lampaert. Their plan was to save Gilbert to lead out Viviani.

With 25km to go Sagan took a long turn on the front, with Trentin and then Theuns coming through.

The leaders then had nine seconds to the Quick-Step chasers, who had lost Lampaert but still had Stybar and Gilbert.

Terpstra attacked with 15km to go and Stybar chased it down. He led the chase and created a gap of 50m with 5km left.

With 3km to the finish Rowe chased at the front of the bunch before attacking.

Jack Bauer (Mitchelton–Scott) then led the sprint to the finish, with Matej Mohorič (Bahrain–Merida) on his heels.

However, Kristoff then hit the front to take the win.

“I found a good wheel and at the end I was the strongest in the sprint,” said the winner.

“I can see my shape is coming good for Flanders. This is slightly easier than Flanders, but to get this victory – it’s one of the biggest victories in my career.”