Although she came out of the Cape Epic with less than perfect legs, Samantha Sanders was in a class of her own in the three-day Sabie Xperience mountain bike race that finished today.

The 36-year-old from Nelspruit won all three stages to place comfortably ahead of Marli van Eeden and Alexa Ogilvie in the overall standings.

Her gameplan, she said, was to ride within her limits after establishing a large advantage on day one. 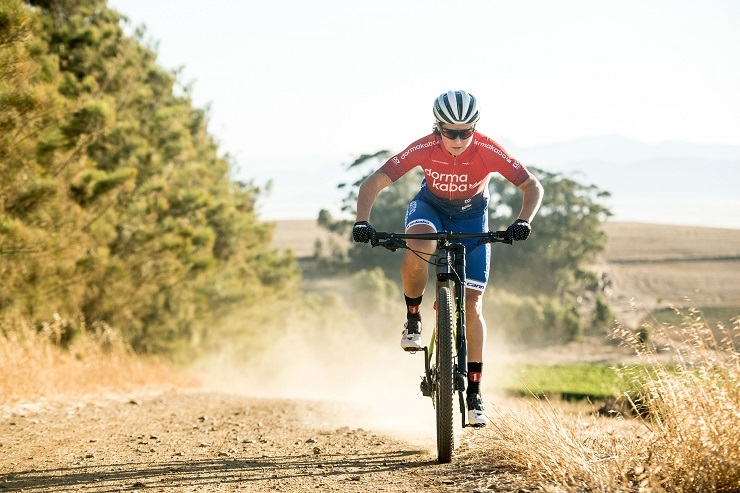 In the prevailing wet conditions, this year’s Knysna Bull and Barberton XCM MTB Challenge champion said she focused on riding smoothly and placing as little stress as possible on her equipment.

After stages of 65km and 80km on the first two days, her strategy for the 39km individual time-trial on a drying course on the final day was to go as “quickly as possible from point A to point B”.

Sanders impressed when she beat the likes of former Cape Epic champion Jennie Stenerhag, Amy McDougall and Theresa Ralph in the Knysna Bull last month. Ralph went on to win the African jersey at the Epic alongside Sarah Hill.

The men’s race was won by Nohan van Tonder, followed by Heine Engelbrecht and JC Nel.