Hill, who made her debut in the eight-day race, said they expected the challenge of trying to be the top African finishers to be a tough assignment and it proved to be just that.

“For my first Epic we didn’t want to have too much pressure on us and at the same time we wanted to push for something big.”

She said although they had to soak up numerous punches along the way, they technically never got knocked out en route to finishing sixth overall.

“It cracked me over and over again, but slowing down or quitting was just not an option.

“Mentally you have to break through barriers and convince yourself that you can go harder or, on some days, that the climbs were rideable.”

Her body eventually adapted to the intensity and volume of racing and she developed a mental toughness. 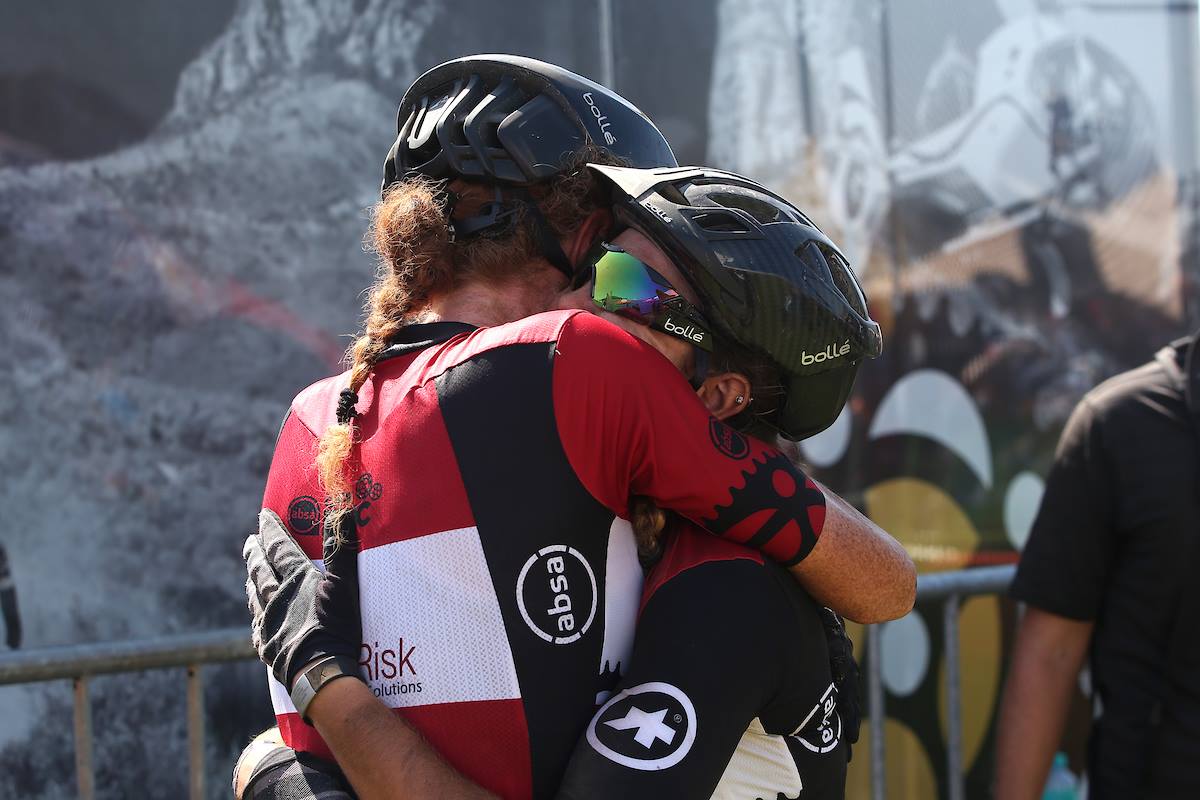 “Once I became used to it, the routine of going as hard as you can every day became normal. It’s incredible what your body can become accustomed to.

“I was however turned inside out emotionally. My weaknesses shined through and I really had to face a lot head-on.

“I struggled with the stress I was under, whether it be as simple as falling off the main bunch or as complicated as dealing with torn, sore and swollen muscles.”

The 25-year-old said she felt ill-equipped to deal with her body’s responses to stress and it was a challenge to overcome the tears when she was on her limit.

“I had some real teary moments, being broken down over and over again by the amount of climbing and the pace we had to hold,” said the 2018 joBerg2c winner.

“I overcame everything by acknowledging the experience I was going through and recognising that it was okay.

“If I couldn’t breathe, I would tell myself to breathe deeper. If I was crying, I’d ask why and show myself that the pain would only last as long as the climb did.”

The Galileo Risk rider felt the biggest highlight was racing with Ralph, who carried her through her darkest moments.

“She kept my chin up and helped me stay strong when I thought the Epic defeated me.

“I can’t thank her enough for making this experience unforgettable. She motivated me to be the strongest I could be and put me first countless times.”

Hill said in return she ensured they took the smoothest lines down the mountains.

“We wanted a mechanical-free Epic, which meant we were to take safe lines and stay within our comfort zones on the descents.

“She would allow me to set the rhythm on some of the climbs to help us stay in control of our pace. On the rare occasion she would let me know if the pace was too explosive but, as the days went by, her ability to endure shone through with every pedal stroke.” 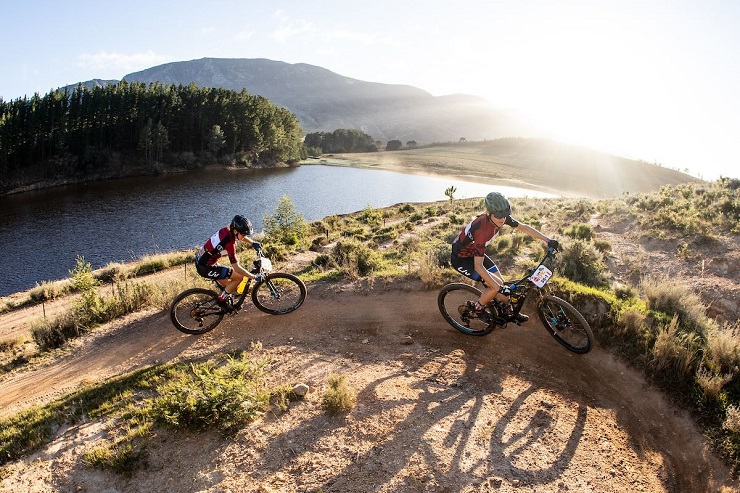 The stage-four time-trial with its single-track sections was Hill’s favourite day of racing.

“I could pump, flow, laugh, sprint, suffer, jump and rail through the berms with such excitement. It gave me a proper reboot to continue the race with that fire inside of me.”

The sixth stage was “deceptively” hard for her.

“I felt like I started stage six with no matches in my legs and was trying to magically create energy from thin air. No amount of gels, energy bars or potatoes could pull me out of the dark place it took me.”

Hill said winning the jersey alongside Ralph was special.

“It’s her first leader’s jersey and our first big win as a team this year. To put an all-African women’s team on the map of an internationally recognised race is a big moment for us.”

She compared herself with a cracked windscreen after the race.

“I’m not shattered, but holding in there. The cracks symbolise the moments of weakness but show my ability to hold myself together and complete the world’s toughest stage race.

“Theresa was my windscreen frame and held me together every day. She is a pillar of strength and has such an incredible mind and her ability to endure the toughest of situations is one of a kind.”

It was Ralph’s eighth Epic finish and Hill said she could see it in her calm approach throughout.

“We went through a lot of ups and downs, disappointments and surprises. She was steady and composed and I honour her for that.”