Fresh from completing the gruelling Cape Epic, Andrew Hill is hoping to defend his title on Sunday at the Kamberg Classic in Glengarry, in the foothills of the Drakensberg in KwaZulu-Natal.

Hill, who finished 25th overall alongside Shaun-Nick Bester in the Epic on Sunday, said he felt the eight-day mountain-bike race was always a good tester and pushed one’s body to the limit.

“It’s like a big block of racing and training, and if you give yourself enough time to recover then you come out stronger. 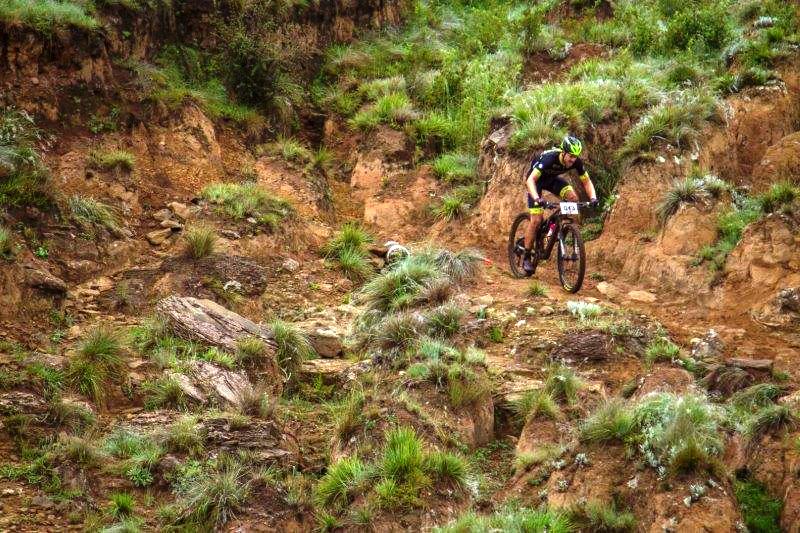 Andrew Hill, who tackled the recent Cape Epic alongside partner Shaun-Nick Bester, now has his eye on defending his title in the Kamberg Classic in Glengarry on Sunday. Photo: Graham Daniel/369 Communications

“As long as you haven’t gone too deep into the red zone, become sick or injured, then you should be okay.”

The 37-year-old said the Epic was always going to be a tough race and they had their ups and downs, but importantly they managed to finish.

“Going into the Kamberg Classic the fatigue is in your legs, but it’s how you manage that and how you look after yourself [that counts].

“Speed is something you work on after the Epic and after long rides like that. It will probably take another week to a week and a half to get back up to full speed.

“I’m hoping with this weekend being a longer race at 65km it will help me a bit more than if it was a short cross-country race.”

Hill said he felt confident, with the route being similar to last year and the only change being that the event had become part of the Roag series.

“There will be a couple of new guys on the start line, but 65km at altitude is always a good one to test the other guys out.

“It’s a nice fast race and knowing what to expect as well as knowing the profile and having an idea of where to push and where to be safe will definitely help me.”

He said for this year’s race he would not attack as hard as he normally would in the beginning. Hopefully he would be able to ride into the race and build on that throughout.

“We’ll see how that affects how the body plays out after this week. The body reacts in very different ways, but I’ll see what happens with the form.”

The Route 66 MTB Experience winner said he enjoyed the rolling route and big climbs that he could capitalise on.

“After the climbs you’re rewarded with some beautiful single-track through the plantations, through amazing grasslands and up towards Kamberg. The fair amount of climbing helps as it will spread the field a bit.”

Hill said the event was a favourite of his because of the beauty of the area and the scenery.

“It’s a good, solid race and what racing used to be like without all the glitz and glamour.”

The next big goal for the Drak Descent champion is joBerg2c, where he will line up alongside his Epic partner.

NEXT ARTICLE | Andrew Johnson gears up for battle at Kamberg Classic