OfficeGuru Racing rider Marc Pritzen claimed the yellow jersey after his team took the honours in the third-stage team time-trial of the Takealot Tour of Good Hope in the Cape Winelands today.

After two bunch finishes left the leading riders deadlocked on the same time, OfficeGuru completed the 26.5km time-trial at Boland Landbouskool near Paarl in 34:09. 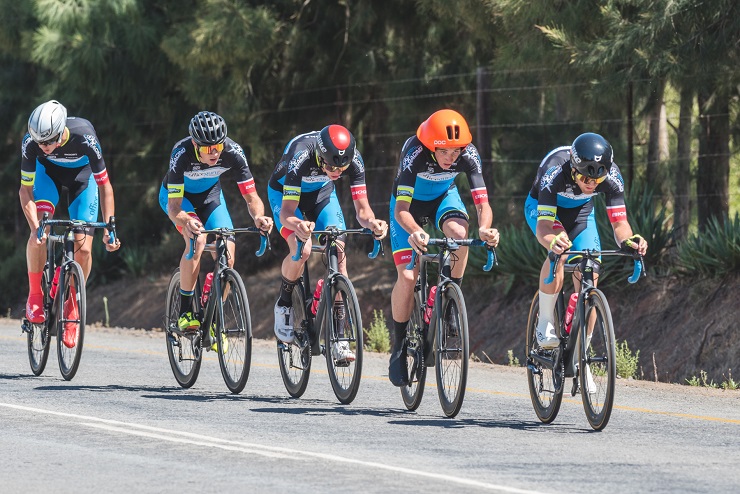 The OfficeGuru Racing outfit took the honours in the 26.5km team time-trial on the third day of the Takealot Tour of Good Hope in the Cape Winelands today. The five-stage road cycle race finishes at the Taal Monument near Paarl on Friday. Photo: Henk Neuhoff Photography

Senior team rider Girdlestone said they overcame an early hiccup to produce a smooth ride on a tough course.

“It was a bit of a rush to get to the start and we arrived with only about 10 seconds to go,” he said. “In fact, one of our guys didn’t make it, so we had to start with five riders.

“And then we lost Andrew Edwards at the 7km mark, but it all went smoothly after that.

“Communication between us was the key and we were able to negotiate the route very well.”

Girdlestone said the outfit was in a good space with two stages to go, but realised there were some challenges ahead. 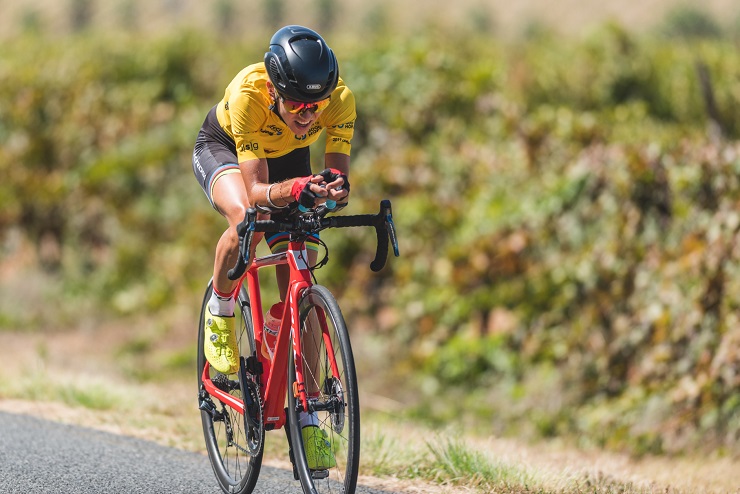 Polish rider Maja Wloszczowska won the women’s 26.5km individual time-trial on the third day of the Takealot Tour of Good Hope in the Cape Winelands today. Wloszczowska heads the overall standings in the five-stage road cycle race, which finishes at the Taal Monument near Paarl on Friday. Photo: Henk Neuhoff Photography

“We know the queen stage tomorrow [over 127km] includes two climbs over Bainskloof Pass and that it provides an opportunity to open the GC gaps even more.”

In the women’s race, Poland’s Maja Wloszczowska won her second stage in a row, finishing the route in 40:44, half a minute ahead of Kross Fit Racing colleague Ariane Luthi.

It meant Wloszczowska, competing in the Tour of Good Hope for the first time, will take a lead of 26 seconds into tomorrow’s queen stage, one which should suit her strong climbing ability.

Defending champion Luthi was second on the time-trial podium in 41:16, followed by Liezel Jordaan.