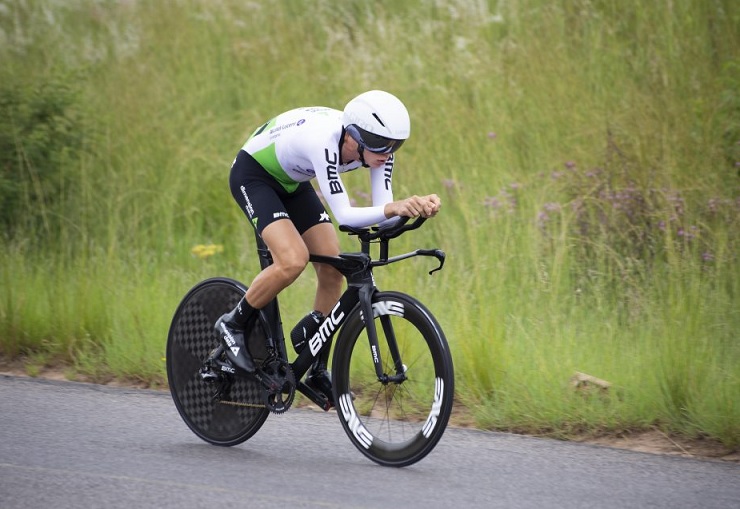 “It was quite fast, especially on the downhills,” De Bod said.

“You can’t really apply power there, so I basically sprinted over the rollers and as I got to the top I had to sort of tuck and go as hard as possible.

“It was quite difficult to keep my rhythm on the route – the power was low – but I think that was because of the altitude, which was probably normal.”

Despite winning and flying SA’s flag high, along with Gibbons in claiming bronze, De Bod said he was not entirely satisfied.

“My power was a bit too low. I wasn’t so happy with the performance, but at the end of the day I did what I could.

“In that regard, I hope it was a good result,” a modest De Bod added.

The 22-year-old however prioritised his victory in the context of growing the sport in Africa.

“For the growth of the sport on our continent, these events are really important for us,” he said.

“Each year the level of African racing increases, so I am happy to have come out on top today.”